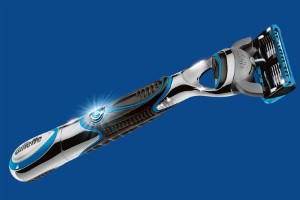 The Old Spice Man may be the "man your man could smell like," but Gillette's Kenny Mayne seems to the man holding consumers' interest this week. Following Brafton's report that Old Spice smelled success with its viral video campaign, Proctor & Gamble continues to prove the drawing power of video content with its latest viral marketing strategy for Gillette.

The humorous "A Mayne and His Razor" videos feature ESPN analyst Kenny Mayne preparing for his radio show. He comes across a Gillette razor and decides to "give it a try," only to discover he is "more handsome" after he shaves, which he "didn't think was possible." The campaign launched earlier this summer, but strategic website placement has helped the videos catch more views in the last week.

AdAge reports that the Gillette video campaign debuts on its weekly viral video chart in the No. 1 position, with current week views estimated to be more than 2.5 million. The video can be seen on Gillette's YouTube channel, but the magazine reports the video was recently distributed to male-oriented sites including Daily Motion's Mag.ma and Break.com, which better positioned it as linkbait.

This strategic video placement is good marketing practice. Toni Smith of the Viral Factory told New Media Age that "seeding has become essential" because it offers a campaign "a good level of immediate exposure, while also giving a few more weeks of exposure after." Still, a Proctor & Gamble representative told the source that the company will try to foster the popularity of the videos through viewers' comments that deliver real interaction.

Indeed, fans of the video have a lot to say. Some fans speak directly to Mayne, with one YouTube commenter saying, "Kenny, you are correct… after using your razor you look amazing." Others engage fellow viewers, asking about the before and after looks. Perhaps Gillette will soon join the conversation or have Mayne speak directly to these viewers, just as the Old Spice Man spoke to his fans last month.

Proctor & Gamble's continued success with the Old Spice and Gillette video campaigns demonstrate that positioning video content is key to catching clicks, and supporting user-generated content could transform a viral campaign into an opportunity to establish a brand as a thought leader. Additionally, it speaks to the rise of video platform.

The latest online video rankings from comScore, which Brafton reported on earlier this week, indicate more than 178 million U.S. consumers are watching videos on the web, representing 84.9 percent of the overall population. Online video ads currently reach 44.5 percent of all American consumers.