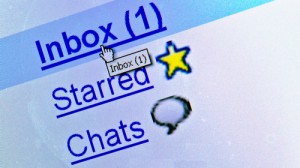 Gmail experienced an outage on Tuesday due to undisclosed issues at Google. The company reported the issue on Twitter around 1:30 p.m., saying that many had already seen their service return, but a number of marketers and other vocal social users found the issue disruptive.

While the direct impact on internet marketing is minimal, any companies using email marketing may have seen their messages go undelivered due to the Gmail issues. Moreover, users may not see emails given a potential backlog of messages during the downtime.

Google did not reveal the cause of the outage, nor did it disclose the total number of accounts impacted. However, both consumer Gmail users and organizations using Google Apps were affected by the issue.

Almost instantly, Twitter erupted with users asking about the issue. “#Gmail” became a trending topic on the microblogging website almost immediately after initial reports of the issue.

While Google is confident that it can rectify the issue soon, some consumers, marketers and others continue to express concern over the downtime following the company’s initial report. However, at press time, the general concensus seems to be that the email service is reliable. Several Google loyalists responded to Gmail’s Tweet to offer “thanks for the quick response,” and several attest to the fact that this has “never happened before,” so Gmail usage might not be declining any time soon.

Brafton recently reported that 60 percent of consumers said they use Gmail in a recent survey conducted by AYTM Market Research.