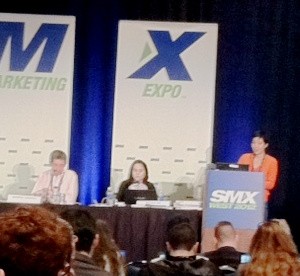 One of the many benefits to internet marketing is that, regardless of your physical location, you have the opportunity to reach global prospects across the world wide web. During an SMX West session about technical SEO, Maile Ohye, Google’s developer programs tech lead, spoke about the benefits of the rel = “alternate” hreflang tag for marketers looking to reach users worldwide.

For those in need of a quick tutorial, Google explains that rel=”alternate” hreflang=”x” annotations “help Google serve the correct language or regional URL to searchers.” As Ohye explained, there are some instances where rel canonical and hreflang can be used together, and some cases where hreflang along could best serve marketers’ and webmasters’ needs.

She detailed that the key difference between rel canonical tags and hreflang tags is that the former is for duplicate content, while the latter annotation tells Google that a site has different languages. If you were adding an hreflang tag to point to the Spanish version of a page, the code would look like this:

According to Ohye, the first scenario in which hreflang might be used is when a site has only translated templates. In this case, the header and footer of the page might be translated, but the page itself could be filled with user-generated content which won’t be translated. In this case, she said webmasters can use both rel canonical and rel alternate hreflang. Another scenario is when a site has regional variations of the same language (think color versus colour!). In this case, again, rel canonical and hreflang can be used together. The third situation she outlined is a site that is fully translated – such as having both Spanish and English versions of the same page. In this case, Ohye advised SEOs to use only the hreflang tag.

In general, she advised webmasters to be careful about using the canonical tag: Only one version of the page will be indexed and using this tag without knowledge can cause damage to your site.

When used appropriately, Ohye cited three key benefits of rel = “alternate.” Notably, these do not include rankings benefits, and she was upfront that the code doens’t translate rankings across countries. But here are the leading positives:

1. It helps Google better understand your site and know pages are related to each other. “More understanding means more tuned heuristics for crawling and indexing,” she said.

2. The tag helps Google discover new URLs that maybe they missed before.