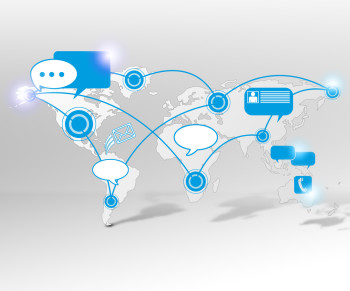 ​Google+ is turning two years old this month. After nearly 24 months of ups and downs, the search-engine-owned social media network looks stronger and brighter than ever before. A new study conducted by SearchMetrics found Google+ will surpass Facebook in social media content shares by February 2016.

To determine projected growth rates, SearchMetrics evaluated social shares between November 2012 and April 2013. During the time period, Facebook shares grew approximately 10 percent, while Google+ saw its engagement increase 19 percent per month. At this rate, SearchMetrics forecasts Google+ to outperform Facebook in the second month of 2016. Theoretically, Google+ will reach 1096 billion shares per month, with Facebook around 849 billion by May 2016.

While shares are on the rise, SearchMetrics cautions marketers not to get ahead of themselves. Google+ might be performing well compared to​ ​Facebook, but the search engine’s social network still has to boost daily activity on the site before it really overtakes Facebook’s spotlight. SearchMetrics counted social shares from users with at least one status update on their profiles, discovering that only 24.39 percent of Google+ members engage on the network on a regular basis. This means Facebook marketing still has dominant reach in terms of sheer volume, but Google+’s unique user base may be slightly more active sharers.

Data may suggest Google+ will overtake the social share market in the next few years, but Facebook owns an important field for brands trying to increase website conversions online. Brafton reported on a comScore study that found 84 percent of online shoppers engage on social media sites before buying, with Facebook being the most popular network. Marketers may see their web content earning more shares on Google+, but their bottom lines are still supported by Facebook.