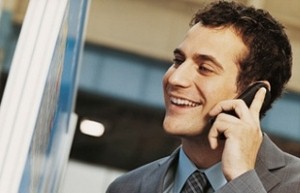 With the rise of mobile searches, consumers have increasingly been switching their keyboards for their keypads when it comes to looking for products and services online. Now, Google’s expanding search features may let them conduct mobile searches without ever lifting a finger.

Google Search by voice capitalizes on the idea that speaking is faster – and easier – than typing. The tool operates differently for different types of phones – Android users simply tap the microphone to start voice-powered searches, while iPhone and BlackBerry users can select Search by voice as an option in the Google Mobile Application settings panel.

Google is working with native speakers around the world to make Search by voice an option to power queries in all languages. The feature was first launched for English speakers, and then developed for Mandarin, Chinese, Japanese, German, Italian, French and Spanish. This week, Google has announced it will offer the tool in Korean and in Taiwan of Traditional Mandarin.

Businesses using internet marketing services should plan their keywords with consideration of the fact that many of the 8 to 10 percent of all searches accounted for by phone may soon be conducted via voice. It’s important to consider which words users will not only type into queries but also speak into Google searches. Mobile searchers may be more inclined to use longer, more specific search phrases if they simply need to speak them.

In fact, regardless of whether searchers are using their voices, their keyboards or their keypads, it seems longer queries are gaining prominence in the search market. Chitika Research recently released a study showing that three-word search queries drive the most traffic to sites from search engines.