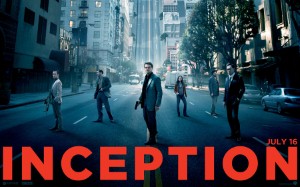 Director Christopher Nolan’s film Inception has grossed $143.6 million in just 10 days, and while the film is being deemed a masterpiece by critics, its success must also partially be attributed to Nolan and Warner Bros.’ marketing strategy, which is truly a multichannel work of art. The campaign, which hinges on building anticipation among consumers through myriad mediums, should be an inspiration to marketers beyond the film industry.

The viral campaign surrounding the film started well before its release. The initial trailers posted on YouTube were designed to be cryptic and filmmakers capitalized on Inception’s mystery by slowly revealing plot points to the core audience through various digital and mobile platforms. For instance, Nolan launched a comic book prequel on Yahoo – Inception: The Cobol Job. The comic book introduced consumers to the characters without revealing the storyline.

The Cobol Job gave readers clues about the movie and offered an interesting read in its own right, which gave many movie lovers faith in the film to come. The comic book has garnered more than 40,000 “likes” on Facebook – and more Inception information can be found for the comic’s fans who choose to follow the movie on the social platform itself (linked to on prequel’s homepage).

The movie’s Facebook page has more than half of a million fans. In addition to links to the online comic posts, clues about the movie were published on Facebook prior to its release with occasional updates to the “plot outline” on the site.

The social page prominently displays the release date of the movie (which was July 16), and it very notably continues to generate enthusiasm with daily interactive updates. It offers clips to interviews with the cast, prompts followers to go for repeat viewings for a chance at winning prizes, posts updates from Nolan about elements of Inception that didn’t make it to the big screen and links to Fandango so users can buy tickets without leaving the site.

The Facebook page also links to an interactive, mobile game that engages on-the-go consumers. Warner Bros. teamed up with Verizon to create the Mind Crime Prevention app for the Android. The 3D maze game gives sneak peeks at the film for those who have not seen it, and it offers loyal fans the chance to participate in the dreamscapes of the movie.

This multichannel marketing approach helped pique interest in the film before its release, and it continues to bring the world of the movie alive for fans who have seen it. More than a week after its theatrical release, the Inception page is generating thousands of “likes” on Facebook. Fans continue to request game tips to keep them engaged with the film.

By reaching consumers through many mediums, Inception’s marketers have created a virtual world that draws consumers into the overall experience of the movie.

While the fantasy of the film industry may seem to easily lend itself to such an integrated, expanded reality, every business can and should use social, mobile and blog mediums to create a story about a brand that consumers will want to follow. Consumers can be drawn into a business’ story with quality information and breaking news about specific sectors delivered to them through various mediums – and some may find thought leaders’ take on industry news more compelling than fiction.