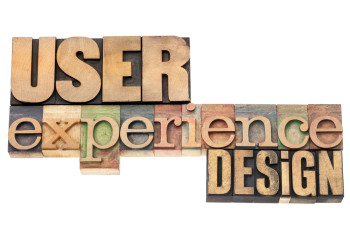 Hack Reactor just released a new tool called Reddit Insight, which aims to help users sift through the hoards of information and entertainment uploaded to the site every day. With real-time post tracking, single user tracking, word clouds and charts that depict relationships, Reddit members can quickly assess which web content contains the topics, sentiment and angle they prefer when embarking on a search through the site. However, there is an underlying question here – Why is the tool necessary in the first place? Reddit’s need for organization birthed essential innovation tools to help improve user experience and keep visitors engaged longer. Since Reddit was founded in 2005, the user-aggregated online content site has attracted 6 percent of the total United States population, Brafton recently reported. With 313.9 million people living in the U.S., that means Reddit’s member-base is well over 18 million. However, it doesn’t quite stack up to other popular networks today. A recent Vision Critical report found 15 percent of all Americans are on Pinterest, 24 percent are on Twitter and 73 percent are on Facebook.

There are many reasons that a social sharing site stays small and intends to remain selective. As the majority of Reddit users are males in their late-teens to late-20s or early-30s, the network boasts a niche group that shares controversial subject matter that might not be suited for social networks where their parents have profiles.

There is the question of UX because Reddit has not followed suit with its counterparts, updating the site’s appearance with images and easy navigation (hence the insight tool to sort through featured domain links). User experience is becoming a deal breaker for most web users, as evidenced by Google’s recent announcement that it’s providing code webmasters can paste right into their domains to solicit user feedback. Brafton even covered a Webmaster Help Channel video in which Search Engineer Matt Cutts hints that site design (both appearance and navigation) will become more significant ranking signals in the future.

Marketers should take the opportunity to scrutinize their own domain pages. Are they simple to navigate and visually attractive? Do images and graphics break up text, so the branded content is easily digestible for first-time visitors? If not, it might be time to bring the website back to the drawing board and use content analytics to determine where users are bouncing off pages or clicking through to convert.