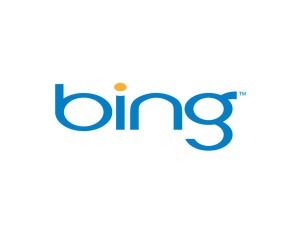 This morning, news broke that Google engineers have proof that Bing has been watching what people search for on Google. At today's Farsight 2011: Beyond the Search Box event, which brings together leaders from Google, Bing and Blekko, Bing's Harry Shum spoke out against these allegations, claiming Microsoft is only guilty of “learning from customers.”

At the search event, Matt Cutts explained that Google noticed certain Bing results were eerily similar to those from the search giant – even for some misspelled queries. One possibility, Cutts said, was that Bing is just getting better at search, but Google wanted to investigate.

Cutts said Google officials constructed synthetic queries and manually ranked specific results – to be clear, these results were not relevant to the queries. Twenty engineers were given the task of clicking on these results each day. Then, Google found that the same nonsense results began appearing for these queries in Bing.

“Microsoft has said they don't copy results, but we have screenshots that make it look like they do,” Cutts said at the Farsight event.

In defense of Bing's actions, corporate VP Harry Shum said the company is “not copying,” but rather Bing actively tries to learn from searchers. He explained that Bing works with users who “willingly opt to share their data, just like Google does.” Shum says Bing considers this data when ranking results, whether it is data users provide from using Bing, Google or other search portals.

Cutts says that Google doesn't use customer data that isn't derived from Google, though Shum doesn't seem to believe this. In fact, the Bing team doesn't seem to believe it; in a corporate blog post, Microsoft's search team says, “We all learn from our collective customers, and we all should.” Bing officials claim Google is complaining about Bing's use of the same system that the search giant benefits from in other circumstances.

Bing officials – as well as others at the Farsight event – call for more overall transparency from Google to make the search market more competitive and to improve the quality of results consumers can find anywhere on the web. Google doesn't seem to be taking the bait. Cutts clearly stated that the search giant believes its algorithm does the work of determining which results are relevant for Google users.

Notably, the search giant announced last week that it has updated its algorithm to cut down spam in search results. Marketers might take this as a cue that it's time to up the ante with website content to achieve high rankings in Google and any search engines that may consider Google data.