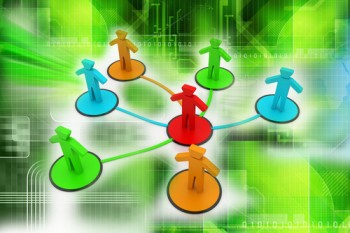 Marketers for companies developing products and services for children have the difficult task of appealing to children and reassuring parents. Products have to offer strong value and safety for parents to buy them, and the web has offered businesses a chance to demonstrate benefits to these target audiences.

According to a report from Child’s Play Communications, 92 percent of mothers using social media decide for or against purchases based on comments they see on these platforms. Whether it’s a recommendation from a friend or a review shared by a brand, social content helps companies appeal to their target audiences.

Moreover, mothers have expanded their social media reliance in 2012, trying new platforms or investing more time in others. Sixty-three percent of respondents said they tried Pinterest for the first time this year, and 28 percent reported that Instagram will likely be next. While Facebook and Twitter use remain strong, 64 percent said they spend less time on the former, and 33 percent tweeted less frequently.

Blog content marketing may offer the most value for brands, as 80 percent of respondents said these posts have impacted a decision.

“The study results underscores how mom’s immersion in social media has dramatically changed their purchasing behavior,” Stephanie Azzarone, president of Child’s Play Communications, said in a release. “Alongside recommendations from family and friends, it is the most valuable tool for companies that want to market to mothers.”

Earlier this year, Brafton highlighted a similar study from BlogHer that found increased focus on branded social content among mothers was essentially a natural progression for the demographic. Many new mothers lose time to keep in touch with friends and family due to their new responsibility, and they turn to social media to communicate with their loved ones.

However, social media has also helped new mothers and women in general find new items to buy for themselves. According to the Integer Group, private label brands have become more appealing to women as these companies have been more aggressive in speaking to consumers’ identities. Much of this has come on the internet, with brands launching content marketing and social strategies that convey a sense of trust for women. Certain verticals, such as health, beauty and home goods, remain heavily slanted toward well-known companies.