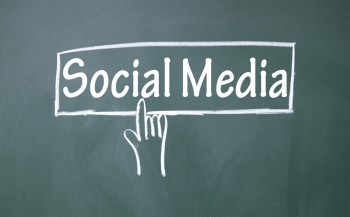 While the internet hasn’t evolved into a new entity, more people use it for research and entertainment purposes this year than in previous time periods. However, social media continues to be one area in which the web has expanded rapidly over the past 12 months, with networks gaining speed as they head into the new year. According to a new report from Forrester Research, as relayed by Mashable, 79 percent of online Americans access the internet daily and for longer periods of time. As for the activities of these consumers, engaging with brands via social media claimed a top spot.

The data also shows that 45 percent of social media users say that they interacted with brands through these platforms over the previous three months. Seven percent say they’ve followed a brand on Twitter and another 7 percent say they’ve generated user feedback on a company’s profile.

Forrester also discovered that “Gen Zers” (consumers between the age of 18 and 23) tend to “Like” comments more than other demographics – 56 percent indicated they’ve “Liked” content over the past year, up from 41 percent in 2011. Perhaps most interesting is that of those “Gen zers” who “Liked” content, only 3 percent spent any money as a result. Members of the “Golden Generation” (between the age of 68 and up) “Like” an average of three brands on Facebook, meaning they’re slightly less reachable through the platform.

Mashable also notes that industry debate casts shadows over the effectiveness of social media marketing. According to the source, IBM reports Twitter generated zero sales on Black Friday, while Twitter itself argues that IBM’s used a flawed methodology. Nevertheless, the potential publicity should remain in the back of marketers’ minds when crafting new outreach programs. While social media content can encourage sales and conversions, published media must be engaging if it’s to convert leads into loyal customers.

As for what to expect in 2013, don’t think social media sites like Facebook and Twitter will go anywhere but upward. These platforms will increasingly unveil new features to help marketers reach their audiences more effectively, without disrupting user experience. The future remains shrouded in mystery, but investing in content creation for social platforms helps untangle aspects of internet marketing.