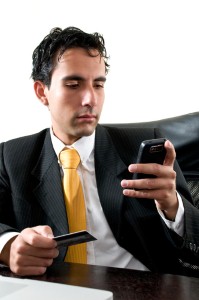 A report from RSW/US found that web marketing has skyrocketed in the last three years, with marketers exploring their options across a number of channels to target their audiences more effectively. The study found that more than half of respondents have dedicated at least 30 percent of their budgets to the internet, and the figure is set to grow steadily.

In terms of the most popular internet marketing channels, 87 percent of marketers have paid the most attention to developing a dynamic website that can act as an engine for web leads and conversions. Developing a more well-rounded web presence with a focus on social media marketing and SEO can help companies immensely. However, without engaging website content that helps guide prospects to conversion, it’s difficult for any internet marketing effort to have its intended impact.

According to RSW/US, 44 percent of respondents said at least half of their budget is currently allocated to digital media and social marketing. Using a model aimed at driving traffic to a website by focusing on channels, such as social and search, has helped companies build traffic. Many are still using paid web content to help build awareness for their companies online, RSW/US reported.

The value of organic content marketing, however, is becoming increasingly clear. Brafton recently highlighted a report from comScore that suggested consumers exposed to social content are more likely to convert than others. According to the study, 4 percent of Facebook fans of Target converted within four weeks of being exposed to social content compared with 3.3 percent who converted without seeing any information shared on Facebook. Sharing website content that provides discounts or simply discusses the value of a particular product line or service can help drive prospects from social platform to on-site conversion.

A similar report from Ipsos relayed by eMarketer suggests that focusing on an extended network can help social marketing campaigns drive more website traffic and lead new users to conversions. The report found that 18 percent of American adults said they would make a purchase based on the social endorsement of a friend. Using the Facebook Like as the criteria for a referral, the report demonstrates the value of giving users content they enjoy on social networks.

Typically, social marketing is seen as a major driver of conversions among younger generations of adults simply due to higher technological reliance. However, Ipsos found that social influence is becoming more common across age groups. Twenty-three percent of respondents under the age of 35 said they would make a purchase based on a recommendation they saw from a friend on a social network. Among adults between 35 and 49, 21 percent said a friend’s Like would impact purchase decisions, and 9 percent of those between 50 and 64 said the same.

The main reason many adults use Facebook is to share content and interesting information with their friends, family and other contacts. More than 41 percent of females with children said they maintain a Facebook or Twitter presence for this reason. Meanwhile, 40.9 percent of women without children and 26.3 percent of males use social to share information as well. With this in mind, brands must consider the types of original content they can share to make their companies part of the social conversation and win word-of-web referrals.

The role of social in the purchase process is growing increasingly, and it will only continue its ascent as more companies make social media marketing a part of their web presence.