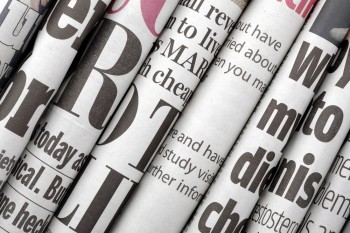 Social networks are all about sharing content, and users usually post media that was created by others. If people could only post original content, there would be a lot less activity on websites like Twitter or LinkedIn. Nevertheless, the posts getting the most visibility on social platforms are almost always the ones that contain original content – and this is especially true on Facebook as the network refines its algorithm.

MOZ conducted research on Facebook’s algorithms to see how content was selected for display in News Feeds. It assessed around 50,000 Posts from 800 Pages to determine what social content performed best. What it discovered was when people, companies, brands and organizations could be considered a Content Originator, or the closest publishers to the source, were more likely to be visible. It found Facebook also used similar metrics for identifying which sources were given credit in lists of trending topics. Instead of linking to the most prominent news source or the one with the most Likes, the outlet that first produced the story was the one the received the most prominence.

This is something businesses using content marketing should note. Obviously, not every single Facebook Post will contain completely original information, but brands that want to get the maximum number of shares should focus on distributing original information or insights. The more a story gets exposure on the social network, the more likely it is new users will see companies’ online presences.

Own the News Feed

Most businesses don’t have news divisions, so creating shareable content with viral potential is a tall order. However, the aim isn’t to create a piece that will eventually be on national news broadcasts – it’s to appeal to a niche market or particular industry. Keep the following guidelines in mind when making original posts for social media:

Stay in your wheelhouse: The entire point of web marketing is to reach the people who are the ideal prospects for your business. Find subjects interesting to certain demographics, whether they’re legal professionals in the Charlotte area or potential buyers of promotional products for small businesses.

The aim isn’t to create a piece that will eventually be on national news broadcasts – it’s to appeal to a niche market or particular industry.

Don’t overshare: If a company has done something newsworthy, like enter into a partnership with a famous person or organization, it isn’t a good idea to lean too heavily on that story. According to a survey by Kentico Software, one of the most common reasons users unfollowed brands was because they were seeing too many posts from them.

Coordinate across channels: Different social networks operate in varied ways, so the same methods for sharing on Facebook aren’t necessarily the same as on Twitter. For example, Twitter users aren’t subject to algorithms the way Facebookers are. This means original sharing is essential on any network, but some emphasize it more than others. Ultimately, it’s always good to add value, and it makes posts relevant to businesses. Still, be sure to spice up your Tweets with some flavored text, as it helps posts on Twitter stand out.

The good news is if you’re regularly blogging and creating custom content for your company website, you have great fodder for Facebook posts already. The key is to dole them out in good proportion and to make them interesting to the followers you have on each social network.