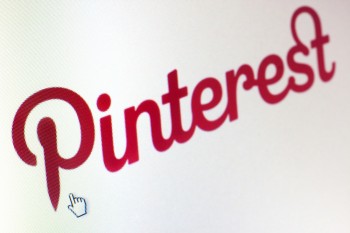 Driving referral traffic is one of the main benefits to social media marketing, and most brands have figured out Facebook is the undisputed leader by volume. The second-most important channel may be one companies don’t often consider – and its traffic may be even more valuable for some businesses.

According to Shareholic, Facebook still reigns supreme when it comes to social referral visitors, accounting for 22 percent across the entire  web. The runner up was Pinterest, which accounts for 5.5 percent of all referral traffic. That’s more than Twitter (0.88 percent), Google+ (0.07 percent) and LinkedIn (0.04 percent).

Pinterest isn’t just effective because of the volume of users it directs back to brands’ websites – it’s also responsible for sending prospects and leads who are more likely to become customers once they’ve arrived.

We’ve noticed that companies have a lot to benefit from Pinterest and advocated the network to clients that work in appropriate industries. After all – not every single industry has customers who actively use the channel. Yet in one particular instance, it was a perfect fit.

One of our clients operates in the cosmetics space and wanted to draw attention to its diverse product offerings. With a Pinterest plan in place that encouraged Pins across the web, the company was soon seeing even more visitors from its Pinterest content. Within six months, this led to a 60 percent increase in traffic and, a 198 percent increase in total pageviews.

However, perhaps more importantly, the people coming to the site were far more engaged and interested. The client saw an 87 percent jump in the average pages per visit and ultimately collected contact information from hundreds of qualified leads.

Pinterest is becoming a social media marketing secret weapon not just because of the volume it drives, but also in the value of individual leads it produces. If brands have even the slightest inkling their money audience lives and breathes Pinterest, they should investigate the possibility of creating a strategy for the network.