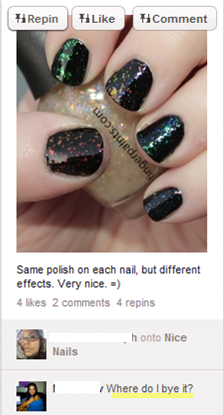 Internet Marketing recently released an infographic breaking down some of the platform characteristics and best practices for businesses looking to add Pinterest to their social media marketing capability.

According to IM, 30 percent of Pinterest’s user base is between the ages of 25 and 34. This is by far the largest age demographic currently using the website. The 35 to 44 age group is the second largest with 25 percent of all Pinterest users.

Another key finding about the platform’s audience for those considering the use of Pinterest for social media marketing is that 80 percent of its user base is female, IM found. Women tend to dominate social networks (with Brafton recently reporting that Google+’s predominantly male user base is an exception), but Pinterest’s female appeal is highly pronounced. IM also found that 79 percent of those using the social network have attended or are currently enrolled in college.

The data demonstrates the type of audience targeting most likely to resonate with the average Pinterest user should be those aimed at young, educated women.

Among businesses that have taken advantage of the website to this point are Better Homes and Gardens, Whole Foods and Michaels’. Other brands should get on board as IM reports that 80 percent of shared content on the platform comes in the form of repins, which could help businesses spread their social content – and links to their site.

Brafton recently reported that Pinterest is an ideal platform for social media marketing, as it is primarily a link-sharing service . Moreover, it has already surpassed Twitter in terms of driving traffic to websites.