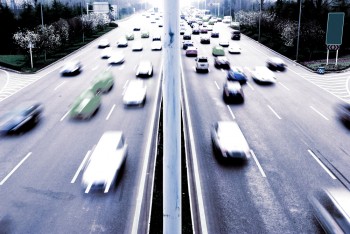 Social bookmarking sites like StumbleUpon often go overlooked by internet users, but they garner a cult-like user base that interacts every day. These networks provide members with instant custom content, generated by internal algorithms, aimed at introducing new brands, concepts and products to consumers – a great idea, in theory.

Recently, StumbleUpon implemented a structural change to make the company more profitable, downsizing from 110 employees to 75 people, according to TechCrunch. While CEO Mark Bartels claims he made the shift to streamline the company and better execute the company’s goals, a deeper story could unravel shortly, as data from Adam Sherk of Define Media Group suggests.

What’s one little pin going to do? With the rise of one giant, another must fall, and it looks as if Pinterest’s influence may hinder StumbleUpon’s growth. According to data from Adam Sherk, StumbleUpon traffic has decreased by 27 percent to content and magazine sites. This means that internet users who once added a web page to StumbleUpon to share it with the world now pin the social media content to their Pinterest boards. Sherk says Pinterest could be stealing a significant percentage of StumbleUpon’s traffic.

When attempting to compete with Pinterest in 2011, StumbleUpon released Lists, a feature aimed at mimicking Pinterest’s Boards, according to the source. Active users embraced the new feature, but traffic continued to shift toward Pinterest, and StumbleUpon must now find a way to remain relevant in the changing social media world.

The social media powerhouse reached more than 27 million monthly active users in 2012, according to Nielsen. The site’s growth met and exceeded expectations as people from all over flocked to the site to pin various media to their personal boards. Brafton reported that 70 percent of Pinterest users generate offline actions, a high percentage for such a young network, and an ideal metric for brands. The company also recently purchased its first startup company, Punchfork, strengthening its internal department and tech capabilities.

Businesses looking to benefit from Pinterest marketing must have strategies to not only pin third-party content to their boards, but should make plans to create infographics and other visual media. As Pinterest increases its reach, marketers will begin to incorporate the service into their overall digital marketing campaigns for long-term results.