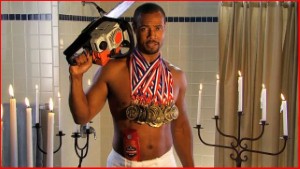 Don’t hate him because he’s beautiful – learn how to create a video campaign from the Old Spice Man, or rather, learn from Proctor & Gamble. The latest YouTube frenzy over videos customized for Old Spice Man fans is a lesson in video marketing that could avoid the pitfalls of “trendy” short-lived tactics, and it may be the next generation of social media marketing.

The handsome, toned Old Spice Man was unveiled during the SuperBowl, telling women he was “the man your man could smell like.” Then, last week, Old Spice tweeted, “today could be just like the other 364 days you log into Twitter, or maybe the Old Spice man shows up @OldSpice.” Show up he did.

People tweeted the Old Spice Man questions regarding the product, manliness and love, which Procter & Gamble officials responded to almost in real-time with video posts. More than 180 video “shout-outs” to Old Spice Man fans were created in a two-day period, garnering tens of millions of online views, Facebook “likes” and retweets.

The campaign garnered attention from celebrities including Alyssa Milano and Ellen DeGenerous, and the customized videos were eagerly followed by YouTube watchers and tweeters – with one video even turning into a marriage proposal via the Old Spice Man on YouTube. (She said yes.)

The lesson here is one of consumer engagement. For the cost of a camera and the Old Spice Man’s towel, the Old Spice YouTube channel has now acquired hundreds of thousands of subscribers, and the brand has jumped to more than 600,000 Facebook fans as well as tens of thousands of Twitter followers. These consumers are not only following along, but leaving their comments all over Old Spice’s social media pages.

Effectively engaging consumers with interactive media should be a goal for marketers, especially as video is becoming inreasingly prominent in digital campaigns with ad spend for interactive media predicted to exceed $6.6 billion by 2014. Old Spice has raised the bar by directly addressing consumers. Other brands must follow suit by using social platforms to invite customers to interact with their companies.

Marketers may up the ante by using interactive video camapaigns to establish their companies as thought leaders in their respective industries. While the Old Spice Man video responses lasted for just 48 hours, cleverly providing consumers with vital market information is a way to generate sustainable content that will make a business a go-to source for the latest information (and maybe a few laughs).