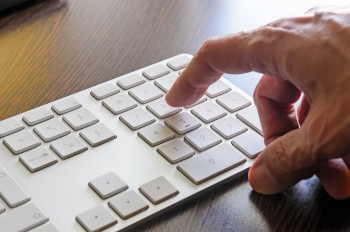 There’s a common perception that online marketing is only important for reaching younger customers. It’s not entirely inaccurate, but it doesn’t really tell the whole story. As such, businesses that assume they can’t engage with senior citizens through content marketing should take note of recent findings from the Pew Research Center.

According to the study, which was conducted as part of the Internet and American Life Project, seniors (65 years and older) are indeed frequent web users. Apparently 77 percent own mobile phones, 71 percent go online almost every day and 47 percent use broadband internet connections. These are startlingly large figures and only appear small when compared to the American population as a whole. Within that group, 91 percent own a mobile phone, 86 percent use the internet every day and 70 percent do so via broadband connections.

Ten years ago, it would have been hard to predict the internet’s complete takeover, and it would have been even harder to imagine that senior citizens wouldn’t lag too far behind the rest of the United States in terms of internet activity. Still, marketing to this demographic may be slightly more challenging. For example, Pew also discovered only 27 percent of older Americans use social networks at all. Therefore, it would be difficult to make Facebook or Twitter an integral part of a marketing campaign.

Appealing to this large (and growing) demographic may come down to content relevance. Another remarkable finding by Pew was, among seniors who use the internet, 79 percent agree people who don’t browse the web aren’t missing out on anything. This finding could be sign that marketers are overlooking this group and aren’t producing content that speaks to their needs or desires.

As web content becomes ubiquitous and more older people become comfortable going online, interesting and engaging content will be a draw and sites that deliver it will reap the benefits of additional traffic and conversions. Even if flashier parts of the internet, such as social media or video, don’t attract certain users, content marketing materials tailored for specific groups will.