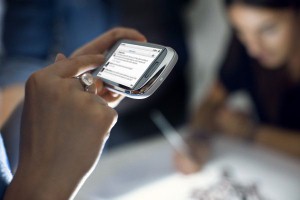 As more Americans make the upgrade from traditional cellphones to smartphones, mobile habits are changing significantly – a development that should not be lost on businesses and their marketing departments.

With the growth of smartphones comes a new era of mobile interaction. For example, the study found that 30.1 percent of Americans used their mobile devices to access a social networking site or a blog. Meanwhile, 41.1 percent used a mobile web browser, up from 39.1 percent in April.

Many businesses are finding that they can take advantage of these mobile developments to enhance their marketing strategies. For example, a company that revamps its website for the mobile web is better situated to capture this growing audience, which, in turn, can lead to sales conversions and stimulate growth.

Many businesses are already heeding the call and focusing their efforts on mobile marketing. As Brafton reported, a July study from the Interactive Advertising Bureau found that nearly 30 percent of surveyed businesses have increased their mobile marketing budgets by 50 percent in the past two years.