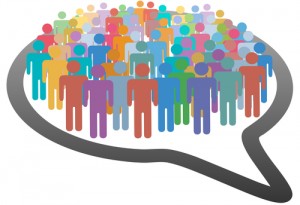 Market research firm comScore reported recently that Americans spend 19 percent of their time online browsing content on social networks, such as Facebook, Twitter and Google+. The study, “It’s a Social World: Top 10 Need-to-Knows About Social Networking and Where It’s Headed,” found that social media is a primary source of news and other information for Americans.

ComScore began measuring and reporting on social media use in 2007. At that point, Americans spent 6 percent of their time online on social media. New social platforms, along with increased uses for these websites, has driven use to its current levels.

For marketers, the amount of people on these websites makes them a good target for various types of campaigns. Users of Facebook, Twitter and other social networks access these networks for several reasons, but the ability to follow brands and receive exclusive content and offers are among the most popular uses for social.

The latest entrant into social media marketing is Google+ with its Pages feature. Brafton recently reported that 77 percent of the top 100 global brands currently operate Google+ accounts to interact with followers. While this number still trails Facebook – 93 percent of the top 100 brands have Facebook fan pages – it represents substantial growth since the service launched in early November.