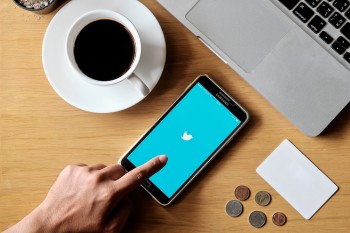 After releasing “Moments,” a curated collection of themed, trending multimedia tweets earlier this month, Twitter has wasted little time in rolling out a way to monetize the feature. They tested their first Promoted Moment on Sunday, turning control over to the producers of the upcoming Rocky-spinoff, Creed.

What are Promoted Moments?

Though it’s been a slow-growth year of layoffs and leadership changes for Twitter, the network’s user base is as devoted and engaged as ever (the most discussed topic in the website’s history occurred two days ago, reaching 39 million tweets during Tamang Panahon, a live televised Philippine charity concert). Content is the fuel that drives the network’s success, so Twitter recently put together an editorial team to organize content into themed, multimedia Twitter “stories,” – or Moments – most notably hiring former New York Times editor at large Marcus Mabry.

Promoted Moments rolled out this weekend, offering the same features as the unpaid Moments that you’ve been seeing for the last month, but instead of curators like Mabry and his team creating the moment, brands put their moments together. The first advertiser was the upcoming film Creed, whose producers were given 24 hours to create and curate material in the form of tweets, vines, links, videos, pictures, and news-based media to market the movie.

As of now, Twitter has partnered with a select few brands, but they say Promoted Moments can be “utilized by brands in the coming weeks.”

Who will see promoted moments? Where?

Twitter’s Promoted Moments are available to anyone who clicks on the new Moments tab (located at the top of the page in browser view, and the bottom of the home screen in the Twitter app). Moments can be seen by anybody, not just by users who follow related accounts. To access a Moment: “The real estate [marketers] get is going to be really prominently displayed,” said Matt Derella, Twitter’s vice president of revenue for North America. Advertisers “get this incredible engagement with people coming to see what’s happening in the world, and get this really rich canvas to tell that story.”

For the past month, users have clicked to the Moments tab for an immersive experience with full-screen media and trending stories, designed with an engaging, usable flow in mind. Promoted Moments use the same format – the only difference is that the content is curated by a paying business.

This attractive, modern format of advertising has the potential to follow in Instagram’s footsteps where users often don’t mind seeing ads because they match the aesthetic and quality of organic content. Just as the square, vintage-filtered, lifestyle-themed photo ads on Instagram meet many users’ stylistic criteria, Twitter’s presentation for their new ads are designed to seamlessly blend in with the non-paid Moments. (The fact that many users are complaining that Instagram ads are beginning to decline in creativity speaks somewhat to how tolerant users are with good, eye-catching ads that fit the medium they are being displayed in.)

While generating revenue for Twitter, and brand awareness and traffic for the advertisers, paid Moments not only blend in without offending viewers, but force brands to offer legitimate content.

Which brands should try promoted moments?

Promoted Moments could be a good fit for companies using social marketing to build brand awareness (which Brafton previously reported accounts for 71 percent of companies), and companies that have deep pockets.

According to AdWeek: “Twitter isn’t disclosing pricing for the ad unit, but it has suggested the cost is closer to… the neighborhood of $200,000”

Appeal to new Twitter users, which the network is desperately soliciting

Users don’t need to follow anybody specific to get a stream on a topic. Rather, anyone can click the lightning bolts to view curated Moments. MacWorld writes: “Moments will make Twitter super simple to use for newcomers who aren’t familiar with the network or are unsure of who to follow”.

During this period of significant deceleration of user growth (Twitter will announce their quarterly earning today), Moments helps to attract new Twitter users who would otherwise feel out of the loop.

Reach more engaged users who aren’t familiar with a brand

Promoted Moments have the ability to expose brands to a fresh audience who is new to the entire social network, while also keeping the cynical, seasoned Twitter users’ attention with native ad formats. The tweets included in your Promoted Moment can drive traffic to your site with a simple link in the tweet. These featured pages, which show up as clickable, linked stories in front of new and veteran Twitter users, have the potential to not just reach wide Twitter audiences, but bring them back to your site.

Promoted Moments won’t be a fit for every company, dependent on budget and social marketing goals. But social ads are increasingly a necessity to reach and engage users. For marketers who don’t have $200,000 lying around, here are two resources to help allocate your paid social budgets: