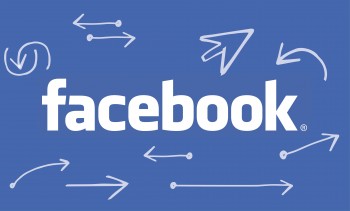 Facebook has reached its saturation point. That’s what the Pew Research Center found in its latest report on adoption rates. While it remains the network with the MOST users – 62 percent of all American adults – it has grown only a couple percentage points over the past few years.

The landscape is shifting and in the future, there might not be ONE major social media network that marketers need to include in their campaigns to reach the majority of their target audience. Instead, they will need to evaluate where their customers are active, and where their brand can contribute valuable content if they want to succeed.

No, and not in the foreseeable future. Facebook still has double the usership of any other social network and it’s demonstrated a readiness to up the ante with its acquisitions of WhatsApp and Instagram. More likely, it means that everyone who is going to use Facebook has already signed up – and they’re now exploring other networks that provide a different experience.

Namely, social media users are shifting toward visual platforms where they can browse through pictures and watch videos. This is demonstrated in Pinterest and Instagram’s growth:

This trend isn’t isolated to social media. All signs point to visual content fundamentally changing the way web content is delivered and consumed. An infographic from WebDAM predicts that within the next three years, 84 percent of web communication will be visual.

Marketers need to take note of these changes as they develop their social media marketing strategies, as well as their entire online campaigns. People have come to expect visuals at every touchpoint. Whether they interact with a business on Instagram or Twitter, organic search results of an email newsletter, they want to have a multimedia experience.

Facebook may not be growing via its flagship website, but it’s extending its reach through other outlets. Likewise, businesses need to recognize it’s not a text-only world anymore. Photos, illustrations and videos are part of a competitive web marketing strategy for social media, search and email.

To learn more about including visuals in your cross-channel content, check out these related resources: