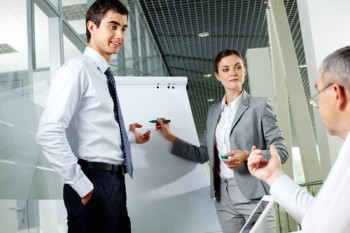 A report from Market Force suggests that businesses’ social media activity has almost as much of an impact on consumers as their friends’ suggestions. According to the study, 81 percent of respondents said their friends’ advice, whether in person or on social networks, directly influenced their purchase decisions. Meanwhile, 78 percent of the same group said that a company’s social content also influences purchases.

Market Force surveyed more than 12,000 consumers in the United States and the United Kingdom and found the influence of social media is pervasive in each country. However, it is drastically more influential in the U.S., where 95 percent of respondents said they have a Facebook account. In the U.K., and 62 percent said they have Twitter accounts.

In the U.K., each of these figures was smaller, but Market Force did not reveal the exact figures except to say 14 percent of respondents do not use social media at all.

Seventy-nine percent of respondents said they Like companies that offer discounts and other incentives. Seventy percent said they follow businesses that share information about their companies, especially when it comes to sales and events. Twenty-eight percent reported that they frequently share social content from their favorite brands with their friends.

In terms of the verticals consumers Like most frequently, 86 percent said they interact with restaurants, 75 percent follow retailers and 65 percent interact with entertainment brands. Travel (40 percent) and financial services (13 percent) round out the top five, Market Force found.

“Social media channels create an ideal two-way platform for direct conversations with customers,” Janet Eden-Harris, chief marketing officer for Market Force, said in a release. “What’s striking is that consumers have more positive things to say than most brands realize.”

Despite shoppers’ growing interest in engaging with social media marketing campaigns, Brafton recently reported that 75 percent of companies miss conversion opportunities by ignoring their customers or prospects on social networks.