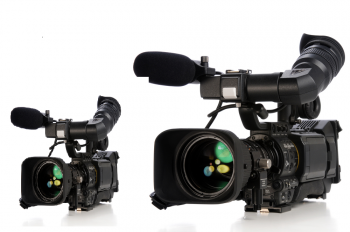 A second study by Pixability proves that major corporations don’t have the upper hand when it comes to video marketing. Earlier this year, the firm found that smaller beauty bloggers were dominating YouTube views and engagement, even when they were stacked up against household brand names. Now, it’s released a second study on the consumer electronics sector that shows this finding permeates industries.

There are 25 major brands in the consumer electronics field with YouTube channels, while there are 100,000 video bloggers covering the same subject. Out of 18.9 billion total views about electronics devices, 4.5 billion, or around 23 percent, take place on the channels major brands own. Smaller companies and independent bloggers account for over 14 billion of them, but that’s still a smaller margin than Pixability has seen in other verticals (i.e. the beauty category).

Size doesn’t seem to matter as much on YouTube. The small-scale experts putting out videos for their superfans get more views and engagement than bigger players that are throwing money at their video marketing to stay on the map.

Brand channels get 4.5 billion – or around 23 percent of views. Smaller companies and independent bloggers account for over 14 billion views.

What makes the matter more pressing for companies is the demand for information. Six in 10 smartphone purchases are supposedly influenced by YouTube videos and nearly half of all people who end up buying tablets watch videos first. When people consider making an investment, they are going online and seeking expert reviews, product sneak peeks and feature demos to make sure they’re making the best choice.

So where are big brands going wrong? What are video bloggers doing right? And how can marketers fill in the gaps to make their companies more successful?

According to Pixability, big brands are failing to deliver what consumers actually want from electronics videos – frequent updates with exclusive information. Some of the most successful brands in this arena are the ones finding celebrity advocates. We’ve previously learned that putting celebrities in video content isn’t effective, but this approach is different. Brands like Google and Samsung asked notable figures Ellen DeGeneres and Jay-Z, respectively, to leverage their own fan bases. The result? Views in the multi-millions and hundreds of thousands of social shares.

Six in 10 smartphone purchases are supposedly influenced by YouTube videos.

Inconsistency is still a huge problem for brands trying to make it big online. This is despite the fact that research has shown regular content distribution is a requisite for prominence on search and social channels. Compare the publishing schedules of two camera brands, GoPro and Nikon. GoPro has published seven times as many videos as its competitor and also has 58 times more views and 34 times more social shares.

Product teaser videos get the most views and engagement on average

Frequency is important, but it’s just one factor that contributes to a successful video marketing strategy. The companies that see the best results on YouTube are the ones that understand their viewers want to be entertained and educated, so they produce videos with this goal in mind. Product teaser videos get the most views and engagement on average, but Pixability’s data suggests brands should step out of the box and experiment with other formats that are popular with vloggers – industry news, review and hack videos.

Video marketing is still anyone’s game. It’s a rare case where the player with the deepest pockets is by no means guaranteed the win. Small businesses have just as much opportunity as well-known brands to carve out a space for themselves – they just have to be ready to seize those chances and innovate.

For more video tips Check out our YouTube Marketing Playbook.