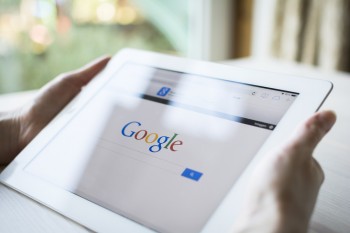 There’s a wealth of data in the 2014 SEO Ranking Factors and Rank Correlations study from Searchmetrics, and a lot of the useful figures are applicable to social media marketing. While social media factors play a role in boosting search performance, one network alone isn’t enough to move the dial.

Since Hummingbird debuted in the fall of 2013, brands have had to look at the content they produce holistically. In short, the whole of a site’s online footprint is greater than the sum of its parts.

A lot of the strategies Brafton recommends for social media aren’t just designed for engagement on individual networks – they’re geared toward SEO success. Let’s look at three different social marketing channels to understand how to reach customers in a way that simultaneously helps search performance.

Twitter
According to Searchmetrics, “A high number of social cues related to a site indicates new content is being added.” Therefore, networks like Twitter should be continually updated with fresh content. One of our clients was looking for more Twitter activity, and we recommended they post at least 10 times a day around each different focus area. In the span of a year, their total number of followers leapt from 600 to 3,100.

It’s best to think of social networks less as individual units isolated from one another and more as parts of a connected ecosystem.

Pinterest
To get engagement on certain networks, and therefore additional traffic and a rising SEO rank, content must appeal to niche users with highly specific social posts. Brafton has found that in the right industry, a concentrated Pinterest campaign of hypertargeted publication (specifically, the home and decor space) can result in that network becoming the number one driver of referral traffic to a site.

Facebook
Searchmetrics also made it clear that “Good content is much more common on social networks, and search engines want to provide good, relevant content.” A client of ours began posting in-depth high-quality blog posts on trending topics relevant to target readers, and the burst in Facebook referral traffic (171 percent) came within just two weeks.

Ultimately, it’s best to think of social networks less as individual units isolated from one another and more as parts of a connected ecosystem. Certain types of content will thrive on one network and only perform adequately on another, but the entire effort has to be coordinated to achieve marketing goals – especially when it comes to search rank performance.

To learn more about posting on individual networks, check out this guide on social publication for maximum impact.