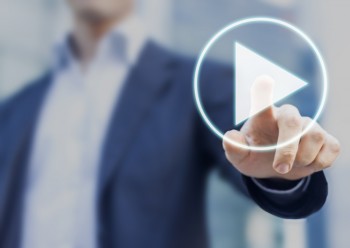 Interactive and diverse media are some of the best tools for increasing social marketing engagement. Plain posts are much less interesting to users, and marketers looking to retain as much of their traffic as possible should consider every content type.

Internal Twitter research has promotes the idea that videos are some of the best tools for encouraging tangible and meaningful engagement. They drive 28 percent more Retweets than text-only posts, and Twitter’s latest video-sharing feature, which hasn’t yet seen wide release, may be designed with increased engagement in mind.

Select videos – only a few keystrokes away

According to re/code, the functionality recommends related videos when users start typing hashtags. People can then preview the content and choose whether they want to attach it to their Tweets. At present, it seems to be primarily a tool for film studios promoting upcoming releases, as it was first observed corresponding to hashtags related to Hollywood movies – specifically, Seth MacFarlane’s A Million Ways to Die in the West. However, there’s no indication this won’t become a  common feature for Twitter.

The micro-blogging network has recently leaked a number of updates that could drastically change users’ on-site experiences in something of a planned renaissance. The channel’s layout, which went mostly untouched for the past few years, was revamped to emphasize pictures, videos and interaction. Some see this as Twitter  aligning itself with Facebook and other, more interactive networks, and now it’s emphasizing itself as a destination for video content.

A move toward streaming visual content could make Twitter an even more useful tool for social marketing because it spreads multimedia formats quickly from one user to another, thereby creating greater awareness. As services like Facebook see massive drops in organic News Feed visibility, Twitter remains an excellent tool for connecting with brands’ ideal audiences.

However, there’s no guarantee video sharing will be the solution for every marketing campaign, and businesses will still need to measure the value of video shares or current content Retweets. For instance, as Brafton reported, favorites are an indicator of users’ appreciation for a piece of content – and not much else. Unlike Facebook Likes, which increases the overall visibility of a post, a favorite star is basically just a vote of support. That’s why videos and their 28 percent Retweet boost are so important to any Twitter marketing strategy.

No social marketing campaign is truly effective if it can’t be measured. Without the proper metrics, brands have no way to identify success and repeat it. The high incidence of Retweets that comes from video sharing is a great way to spot, tag and release the best content on any given channel, so marketers should get excited for these possibilities.