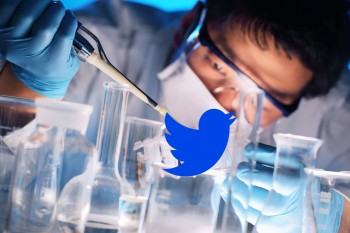 Part of what makes Twitter unique in the social media marketing universe is that users have a lot of control over what they see. If you want to follow an account, it will appear in your feed. And with the exception of promoted posts or Retweets, there won’t be anything you didn’t explicitly ask for. However, Twitter’s latest experiments show the social network may be attempting a news feed visibility update to make the site a little more like Facebook.

Some Twitter users have begun seeing Tweets in their feeds that appear because their followers viewed them. There’s also evidence posts are appearing in unrelated feeds when friends Favorite them.

This is a major change for Twitter, but it makes sense in light of recent updates and experiments designed to streamline the network’s interface. As Brafton reported, hashtag dictionaries and Tweets embedded within Tweets have already made Twitter more like Facebook. Clearly, the company wants to get more people to use this social channel, and features familiar to other networks could possibly attract a wider user base.

By the middle of 2014, 24 percent of people who saw content from Twitter posts did so through third-party apps or on other websites that had embedded social posts.

But why is the company so concerned? It could be that users are seeing Twitter content without actually logging into the network. According to the Wall Street Journal, 17 percent of people who saw content from Twitter posts did so through a third-party app or on other websites that had embedded the social posts. By the middle of 2014, that number had risen to 24 percent. Twitter wants to keep people on-site and consuming social content, and increasing visibility for users seems to be one carrot they’re dangling.

But what does it mean for social marketing? In short, it proves Twitter is determined to keep organic visibility high by any means necessary. One of the difficulties of Twitter marketing, compared to similar channels like Facebook or Instagram, is that it’s difficult to get content in front of users who haven’t explicitly followed a brand. By sharing posts within follower groups, Twitter is helping social content spread even further within relevant audiences.