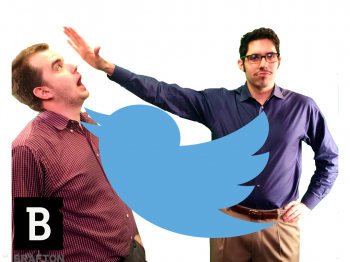 Your March Madness bracket might have ended in shambles, but many people voted for the winning network in our Social Media Madness tournament – Twitter. The competition started with eight networks in total, but only one would prove victorious.

Due to its fast-moving newsfeed that lets brand content speak for itself, as well as its massive reach, Twitter surpassed LinkedIn as the social site that provides the most compelling marketing opportunities.

Twitter now has 241 million monthly active users, and it’s captured the interest of nearly 20 percent of the entire U.S. adult population. The messages shared across the platform were even deemed important enough to be archived on a national level by the Library of Congress, meaning every Tweet will really go down in the books. With a widening-array of marketing products aimed at businesses, and a brand new layout that provides a better visual experience, it makes sense that marketers would flock to this channel.