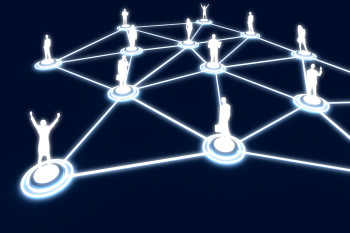 ​Social media marketing plays a vital role in external and internal communications for major U.S. corporations. While some promotional practices occur in house and others are managed by an agency, social media spans a wide gamut of responsibilities, and requires the attention of several teams for efforts to effectively align with every aspect of business operations.

In the United States, 87 percent of B2Bs and 84 percent B2Cs use social media to engage audiences by publishing and distributing custom content via branded networks. Companies establish credible presences on sites like Facebook, Twitter and Google+ as a way to directly reach prospects, but social can be used in even more ways than a sales tool. The problem: Only 27 percent of surveyed businesses say their employees at all levels have received adequate social media training, according to the Altimeter Group.

Sixty-three to 80 percent of social spend goes toward marketing programs.

To resolve this growing issue, companies have started investing more in social media tactics both internally and externally, using outside resources to achieve tasks much different than their in house teams. According to the Altimeter Group, businesses dedicate between 20 percent and 37 percent of their total social media development spending to internal purposes. Sixty-three to 80 percent of social spend goes toward marketing programs. The source defines “internal” and “external” as such:

Internal social – Activities focused on building social media confidence and expertise inside the organization, such as how to use new technology, evaluate social analytics, revise workflows and product roadmaps and connect profiles to other organizational departments.

As evidenced in the Altimeter Group survey, brands must invest in social media in a variety of ways to get the most out of these channels. Unsurprisingly, enterprises making more than $1 billion in annual revenue will allocate the most additional resources toward internal and external social media development in 2013, allowing teams to build symbiotic campaigns that support the sales and marketing cycles, respectively. The major networks continue to build out their services to help brands foster long-term relationships with their social connections, and as more money goes toward marketer education, strategies will inevitably improve, too.