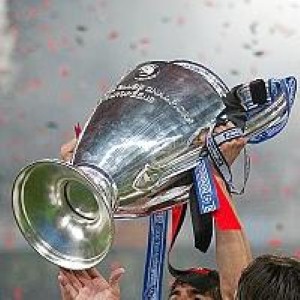 While it may not receive too much attention in the United States, the UEFA Champions League is among the most popular sporting competitions in the world. Every year, the premier soccer teams from each nation in Europe compete in months long tournament to declare the club champion of Europe. For marketers, developing content around the event can help drive traffic to a website and appeal to prospects.

On Twitter, these matches are so popular that one of the semifinals of the tournament, which took place on Tuesday between England’s Chelsea FC and Spain’s FC Barcelona, broke the Twitter activity record set by February’s Super Bowl. The game’s record-breaking 13,684 Tweets per second bested the Super Bowl’s 12,233 Tweets per second.

Twitter made this announcement on Wednesday while the second semifinal between Spain’s Real Madrid CF and Germany’s FC Bayern Munich was going on. It’s more than likely that this game, which features two of the world’s most popular soccer teams, will be among the most discussed as well. Moreover, the championship game, set to be played on Saturday May 19 at Allianz Arena in Munich, will draw its own share of attention.

Much like the Super Bowl, companies can use the Champions League as an interesting part of a content marketing campaign used to discuss how the event relates to their business or a certain part of their company. While sharing related content on Twitter is clearly a way to put a brand in the trending conversation, it might also engage search audiences. Google Trends shows that global search activity and national search volumes around the UEFA matches has also picked up in recent weeks.

Major sports events consistently prove to be trending web topics, and internet marketers should take note.Brafton highlighted some similar ideas during the Super Bowl where companies used fervor surrounding the event to discuss different parts of it that related to their company, such as recipes or television sets.