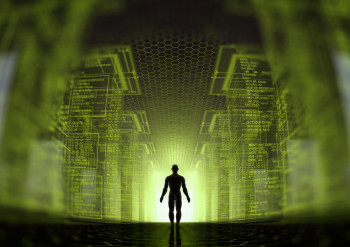 Some of the most savvy social marketing campaigns actually involve two kinds of content – what a blog post or news article is about, and how brands decide to frame it on social media. For example, a story about an industry trend might be intriguing on its own, but tying it to a larger theme or topic will increase engagement and hopefully drive traffic back to a business’ site.

Consider the results of Klout’s latest research on the subjects that encourage the most interaction on Twitter and Facebook. The study segmented social posts on those two networks into broad categories and assessed which were the most popular in terms of Likes, Retweets, shares and replies.

Klout found there is a bit of differentiation when it comes to Facebook and Twitter engagement topics. The former’s best-performing subjects were music, TV, software, celebrities and holidays, while the latter was music, TV, holidays, software and religion. In general, the most engaged social media issues were entertainment, lifestyle, technology, business and sports.

It might seem like a stretch for certain brands to talk about these topics without straining credibility, but it doesn’t have to be so difficult – as long as businesses keep their target customers in mind. For example, a senior living facility might not spark much engagement on Facebook by posting about Channing Tatum, but it might have a bit more success with posts that make reference to audience-appropriate celebrities like Jane Fonda or Robert Redford.

Tectonic shifts in the social landscape

However, it’s important to take these findings with a grain of salt. Their conclusions are applicable to any businesses conducting social marketing on Facebook and Twitter, but brands have to conscientiously monitor audience habits. The ground can move beneath businesses at any time, and the goal of online marketing is to go where the customers are.

GlobalWebIndex just released its Q2 2014 GWI Social report on network usage, and the results show Instagram usage increased by 25 percent, while Tumblr went up 22 percent and Pinterest grew by 7 percent since Q1 2014. Conversely, Facebook dropped by 6 percent and Twitter fell 3 percent. Those numbers aren’t yet large enough to indicate a massive shift, but it does show brands’ ideal prospects and former customers are adopting new social technology all the time.

At the end of the day, there’s no magic formula for social marketing success, and while you can talk about the right topics, you also need to be on the right network – and vice versa. Social analytics may not necessarily drive your entire strategy, but it can help to make tough decisions when they arise about where to publish different kinds of content.