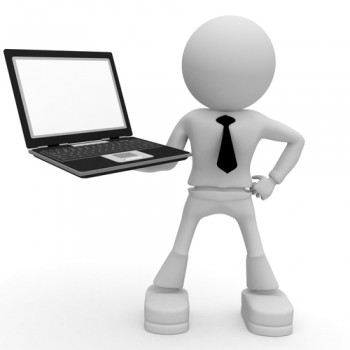 A survey from AskMen.com relayed by eMarketer found that men are spending more time on the web than watching television, with computers, smartphones and/or tablets ranking as the preferred method of accessing the web for 76 percent of respondents. For marketers, the increasing amount of time male shoppers spend online represents a strong opportunity to use content attract new prospects.

While a large portion of the time these people are spending on the web is likely for watching television shows, movies or reading newspapers and other news sites, they spend a similarly large amount of time searching the web and researching potential purchases. Brafton has reported that 89 percent of consumers say purchases often start with search.

Ensuring that website content can be accessed by different users regardless of the devices they’re using is quite important. Among the 76 percent preferring the web to television, 50 percent named a computer as their first-choice device, 21 percent said smartphones were their favorites and 5 percent preferred tablets.

Americans access the web from different devices for varying reasons every day, and tailoring campaigns to each user is critical for the success of web content marketing. While most may think solely of B2C companies in regards to targeting mobile users, Brafton recently highlighted data from the Financial Times that found 43 percent of B2B buyers use their smartphones to access web or email content for their jobs after work hours.