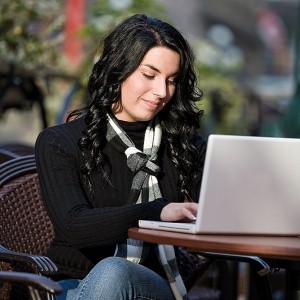 Twenty to 30-something females are a traditionally elusive demographic when it comes to reaching prospective clients through marketing campaigns, but it seems the rise of social media is making it easier engage these hard-to-sell young shoppers. A New report from comScore – Women on the Web: How Women are Shaping the Internet – indicates that young females seek out promotions online, and they may be marketers’ best bets in terms of finding brand advocates on the web.

The social landscape of the web is dominated by women, according to the report. Females spend 16.3 percent of their online time on social sites, as opposed to men who spend 11.7 percent of internet time surfing social media. This may not be groundbreaking news in light of earlier reports that nearly 40 percent of young women consider themselves Facebook addicts. But what is worth considering is comScore’s revelation that women are using social platforms for different reasons than men.

The study reveals that one of the top activities for women on Twitter – a channel that is more populated by females than males – is scouting out sales and promotions. Sixteen percent of female users cite following businesses to learn about deals as a common Twitter usage. Moreover, when women find appealing offers, they could be quick to spread the word about a brand as 18 percent of females frequently retweet posts of people and organizations they follow.

This means delivering deals via social platforms could create word-of-web referrals from female fans and followers, and importantly, it could also lead to sales. The study reveals that women not only shop but also buy online. In February of 2010, for example, females made up 49.8 percent of U.S. online users, but they accounted for 57.9 percent of non-travel buyers online. Nearly two-thirds (61.1 percent) of online purchases were made by women and they spent 58.2 percent of all online dollars.

These findings show that appealing to social fans with quality content, such as deals, can be critical to converting followers into customers. According to Practical Ecommerce, small businesses in particular may find success in driving traffic to ecommerce websites from social platforms.