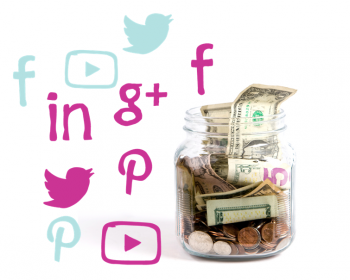 In the 2015 B2B Trends report from the Content Marketing Institute, 92 percent of marketers say social media is one of the content marketing tactics they use. In fact, it grew from last year when 87 percent said they had adopted it.

However, companies aren’t all seeing the same upward swing when it comes to results. The CMI asked which tactics they considered to be effective, and social media didn’t even make the list of the top 10 channels.

So why does it look like companies are moving forward with strategies that aren’t providing ROI? The answer may be in the fact that marketers say they’re doing social media, but their strategies are under-developed if existent at all. According to our social media team, a lot of the B2Bs they find online have campaigns that actually look something more like this:

Part of the problem may be that marketers are ticking off the social media box after doing one of the above, but then failing to treat it like a channel that deserves a full-fledged strategy and daily attention. We’ve seen that documented strategies that start with goals and end with results.

Some B2B marketers have a tendency to adopt multiple networks in an effort to find their active audiences and drive ROI. According to the CMI, B2B marketers say they use nine different channels, while B2Cs use seven (and social ranks 4th on the list of 10 tactics where they’re most effective).

There might be something to B2Cs’ more targeted approach to social media. Even though their audience is presumably active on a wider range of channels, they cast a smaller net on a group of core networks and it appears to be paying off. About 58 percent of B2Cs say their social media use is effective.

B2Bs can and do replicate these results when they give social media the attention it deserves:

Check out these 15 B2B companies doing social right and seeing impressive results, and this case study to see how a finely tuned strategy can be the difference between a campaign that’s flatlining and one that’s contributing heavily to the business’ bottom line.