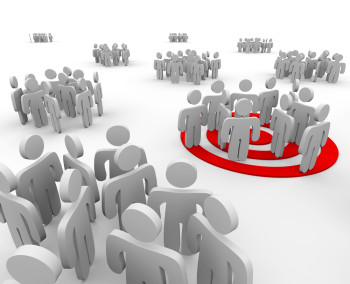 Marketers know social media content is essential for successful web campaigns,but don’t always know which channels help them achieve specific business goals. Failure to recognize demographics that are most engaged on each network means brands are missing opportunities to generate leads, drive qualified traffic to their websites and increase conversions. On the other hand, marketers who have a solid understanding of groups most active on each platform can tailor social media content for better results.

According to a recent Vision Critical report, companies targeting female consumers should get on board with Pinterest, while brands looking to connect with males should stick to Twitter.

The vast majority of Pinterest users (83 percent) are females, while 17 percent are males. It might seem as though the platform would primarily attract younger members because it’s relatively new, but middle-aged users between 35 and 45 make up 45 percent of the site’s population.

Twitter users are more diverse, with a nearly even split between male and female members. With men making up 54 percent of account holders, Twitter is the only network that has a higher male population. One third of members are between the ages of 18 and 34, approximately 43 percent fall in the 35 to 54 range and 24 percent are 55 or older. With the largest following overall, Facebook’s female membership has a marginal advantage at 57 percent. Vision Critical surprisingly found that Millennials do not make up the majority of users. Twenty percent of members fall between 18 and 34, while 45 percent are 35 to 54 and 35 percent are over 55.

Brafton previously reported that younger consumers are exploring new social networks like Vine and Instagram, which haven’t yet gained traction with older demographics. However, they are still highly active on popular channels like Facebook.

Marketers must work harder to control who sees their branded content with careful audience targeting strategies. Understanding which demographics populate social networks can help brands get the most effective messages to the right groups.