What’s the responsibility of the influencer?

That’s the query at the crux of Episode Two: Influencers, Yelp and Facebook, Oh MY! with Jeff Baker & Francis Ma.

It’s posed more explicitly in the recent Netflix documentary Fyre, named for the April 2017 debacle that Francis watched burn live on Twitter and Jeff refers to as “a perfect F.”

If you’re like Jeff, living a blissfully blind Fyre-free life until now, here’s a quick primer: Convicted felon Billy McFarland and business partner Ja Rule – both of whom Jeff & Fran either inexplicably or totally intentionally never mention by name – launched the “best coordinated influencer campaign in history,” misleading investors and promising attendees a Coachella-quality music festival on a private island in the Bahamas allegedly once owned by Pablo Escobar.

Indeed, thanks to a fully equipped video marketing campaign and the collective social media weight of the Fyre Starters – Kylie Jenner, a bunch of models and of course Ja (always Ja) –  Fyre Festival was expected to be the truth. Its organizers built a massive Instagram following overnight by essentially posting one video – there was never any new, supplemental content – and a now infamous orange tile. They ultimately defrauded thousands of people of varying levels of sympathy before being brought down via the ironic poetry of images capturing hurricane relief tents and cheese sandwiches.

The dinner that @fyrefestival promised us was catered by Steven Starr is literally bread, cheese, and salad with dressing. #fyrefestival pic.twitter.com/I8d0UlSNbd

A vision without content ain’t nothin’ but a scam

Jeff acknowledges that the Fyre marketing was at times brilliant, though the idea of putting beautiful people in a beautiful place and saying “this could be you” is not new. They crafted an exclusivity that made (mostly very, very rich young) people think they could be part of something special. He calls the attendees narcissists, which feels harsh, even if it’s tough to feel sorry for someone who pays for an $11,000 VIP bracelet upon email request from a stranger.

“There’s a reason why people bought tickets,” he says. But they focused so much on the vision without following through with any content (i.e., private villas or, ya know, musical acts).

“It was all dreamers and no doers,” Jeff laments.

It’s a reductive take – if an apt tombstone – for the shitshow that ensued. In case you somehow can’t watch the thing, here’s a short list of what else Clowny Billy Mac and a variety of other clowns did while you were paying off student loans or hustling side gigs over the course of 2016 to 2018:

A bunch of models posting pictures of orange tiles started it. One kid posted a picture of cheese on toast, it trended, and took the whole thing down. 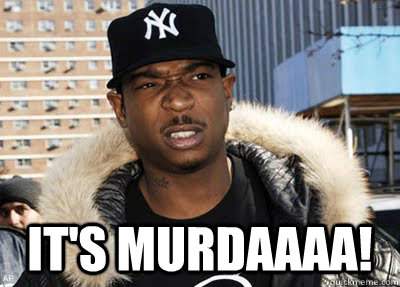 Emerging from the Fyre

Francis eventually insists Jeff stop belaboring the mind-boggling minutiae, and we ought to too. The role of influencer, broadly speaking, permeates much more anyway. Yelp, an undeniably influential entity in its own right, is the next focus of discussion (29:00).

The Supreme Court won’t consider whether Yelp should be forced to remove negative reviews, prompting a shaky discussion of the distinction between libel and slander. We cover malicious intent and Francis touts his neighbor, “The Law,” who may be a guest down the road.

Jeff feels Yelp should do everything in their power to determine whether bad reviews are true. But on the flip side of those reviews lies an existential branding challenge. Humanizing your brand encompasses how you handle bad reviews. There are two bad ways – ignoring or throwing gasoline on the fire by picking a fight online. The only good way is to address it directly.

Jeff makes an unsubstantiated claim about 60 to 70% of online reviews being fake, resulting in a vintage Ma wisecrack about “Oh, you sayin’ not everything on the internet is true?”

“Don’t minimize my stuff like that,” Jeff says, genuinely pissed. He then forces Francis to swim us through the next segue while he sulks. Following in Episode One’s footsteps, Francis fumbles (40:00):

He briefly butchers the explanation of the integration concept that is the only reason we’re even bothering to discuss Facebook, as far as Jeff is concerned. 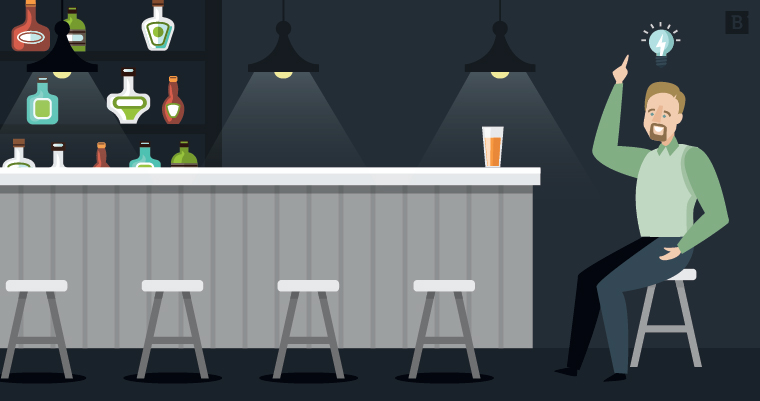 The idea of Facebook’s fading cache is fascinating. For one, Jeff calls BS on these platforms not communicating with one another. Francis notes that he’s seen plenty of ads on Facebook for restaurants he’s looked up prior somewhere else.

“Is this the moment that everybody decides to leave Facebook?” asks Ma.

Affirmative, Jeff says. Facebook is (a) no longer cool, (b) no longer trusted and (c) not telling us stuff until the last minute.

Accordingly, he distrusts the company, as does the younger public. He doubles down with the phrase “death rattle.” Meanwhile, Francis pretentiously pronounces the word niche “neesh.”

Arguing Microsoft has faded into obscurity, which seems debatable, Jeff says Facebook will suffer a similar fate. Francis calls him on the former while making his most salient point: that these younger, not-on-Facebook people will be leading businesses in the not too far future.

Who’s to be believed?

If Facebook’s influence is in steep decline, how does that affect the answer to our initial question? Should “influencers” be held accountable for the efficacy of all products or events they’re compensated to promote? Is Kylie Jenner really culpable? You might be shouting “Nah, c’mon yo, Kylie Jenner and Ja Rule are not credible individuals!” And you might not be wrong.

But our audience dynamics are like tectonic plates, ever-shifting, and if the next generation doesn’t want to be tagged in their aunt’s pics or have their data shared, businesses must too adjust to consumption preferences by utilizing new channels. Consumer vetting, in the age of Yelp Gods and Clowny Billy Macs, will take on a new form.

There are a lot of poor comparisons made by the FyreFest brass. One manifests as Billy and Ja referring to themselves as Magic Bird –  as in, Johnson and Larry, which would make Ma and Baker, like, Muggsy and Shawn Bradley.

More egregiously, the aforementioned Fyre advisor likens this abject disaster to Woodstock, because of the trials endured in 1969 by many malnourished, muddy, traffic-jammed attendees.

Woodstock was a bonafide cultural movement and seminal moment for an entire generation, who arrived mostly through word-of-mouth. Fyre Fest was the delusional spawn of a convicted extortionist capitalizing on the influence of celebrities paid for promotional content. Your grandfather never needed no damn social media.

What’s the responsibility of the influencer here? Maybe to start a GoFundMe page for MaryAnn and the hundreds of other Bahamian locals never paid by Billy after building the festival site under untenable conditions and deadlines. Past that, let’s not get too sanctimonious.

Til next time. Peace, love and Venni Vetti Vecci.

Here’s your Jeff Keleher-inspired context-free quote of the week: