Many digital marketers probably have three dates marked on their May calendars: Mothers’ Day, Memorial Day and Google I/O.

This year, the world’s largest search engine held its annual developer conference May 7–9 in the usual Mountain View spot. Some of the biggest talkings points included new and more affordable Google hardware, privacy (no big surprise there), Android Q (which has Dark Mode), and voice-assistant advances.

But one thing that really caught our attention was the search engine’s release of an interesting new feature.

And that’s where we’ll kick off this edition of the Content Marketer Weekly:

It’s exactly what it sounds like: Playable podcast episodes now load in Google search results. Here’s what it looks like in SERP form: 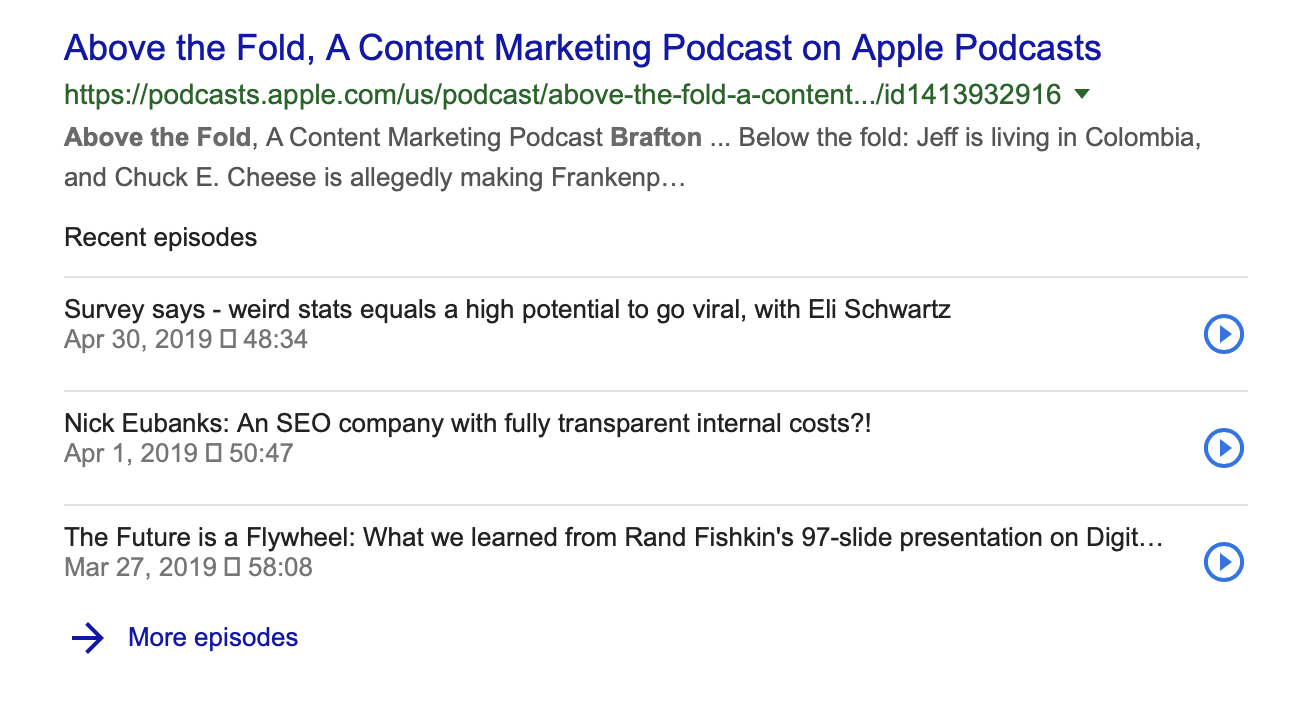 Clicking the “play” icon navigates users to a new page with a “podcasts.google.com” domain (despite listing the Apple domain in the SERP). Here’s what that looks like on desktop: 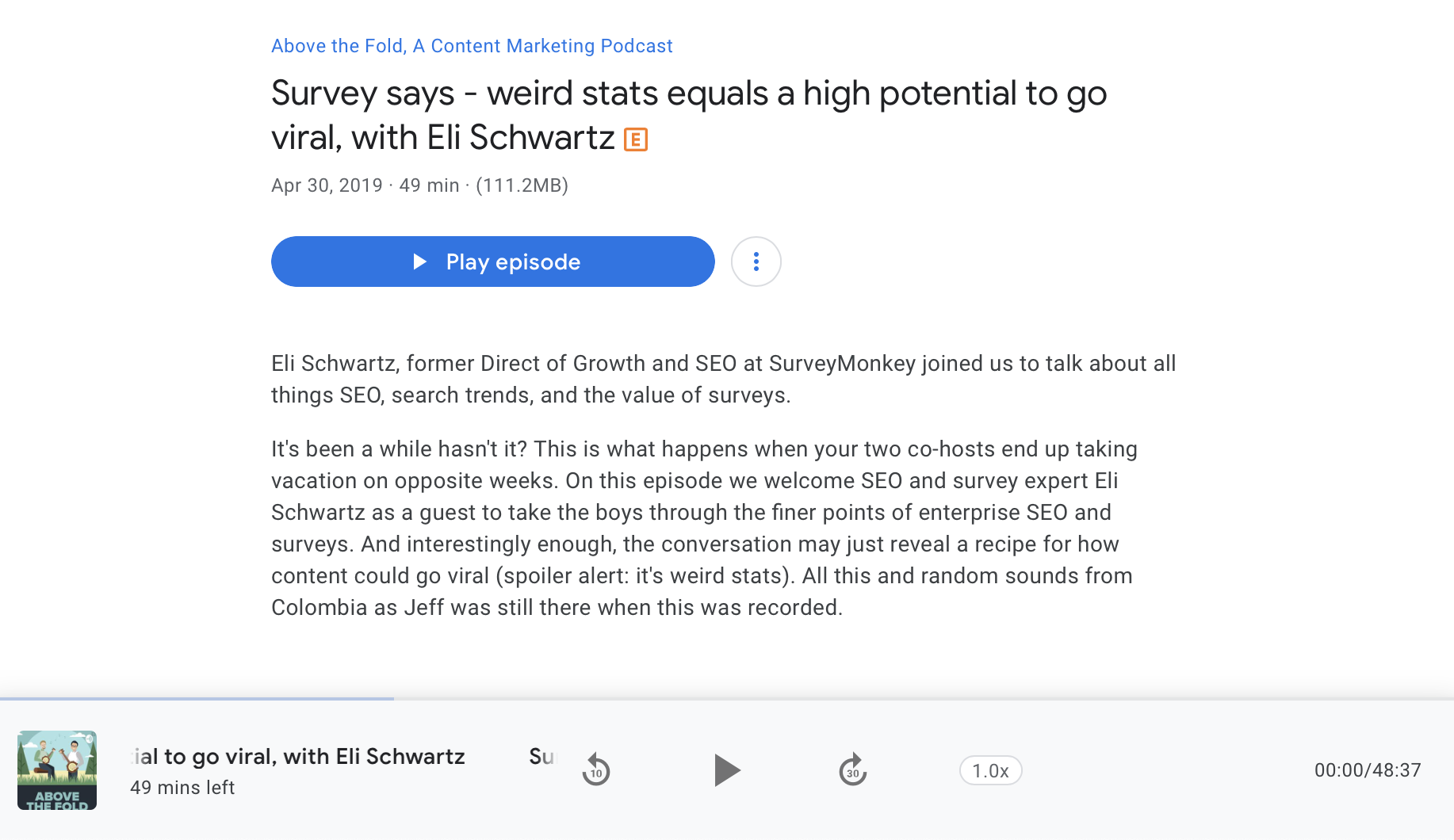 Google representative Zack Reneau-Wedeen calls this “a step toward making audio a first-class citizen across Google.” In a way, it’s good news for podcast producers. The 60 million or so weekly podcast listeners can more easily find and trial new shows through a simple search.

However, podcast traffic that might otherwise go to a website is now more likely go to Google Podcast since it’s at the top of search results. A listen is still a listen for podcasters, so this isn’t necessarily detrimental to exposure.

Still, it’s sneaky on Google’s part, which seems to be using its search engine muscle to promote its own podcast app.

In fact, the BBC actually pulled all of its podcasts from Google’s platform back in March, arguing that Google prioritizing its own platform “reduces people’s choice — an approach that the BBC is not comfortable with,” adding, “we want our content and services to be available to as many people as possible and we make these available for free on a range of third-party apps.”

Google Podcast was only just released in 2018, and has since struggled to compete with Apple’s dedicated Podcast app, which has been around since 2012.

I suppose this may be yet another example of Google being sort of evil and making things easier for users at the same time.

Speaking of being evil, Facebook was in the news again, but this time for launching three new features to help make more capabilities available to small businesses. The tools come just in time for National Small Business Week, which was held May 5–11.

In case you missed it, the CMS that powers a third of the web released version 5.2 last week. If you haven’t already updated to the most recent version of WordPress, you really should.

First and foremost, 5.2 introduces key security features like cryptographically-signed updates. Without getting into the tech of it, this is a complex handshake that verifies whether or not a package claiming to be a WordPress update is corrupted with malware.

You can update to the new version of WordPress via Dashboard > Updates.

Read more about WordPress 5.2 at ZDNet or check out the official announcement, here.