I’m tempted to make a comment about the weather craziness, but let’s be honest. You’re here for news, not to listen to me babbling about choosing a coat in the morning (for the record, my wool coat was perfect yesterday but way too hot today, despite the recorded temperatures being exactly the same).

So let’s get to it! This week, we’ve got new developments from Facebook, insight from Buzzsumo and thought-provoking questions from Search Engine Journal and Moz.

When it comes to news feeds, Facebook has determined that two isn’t better than one. On March 1, the company officially ended its Explore Feed test.

Before we go into what this means, let’s run through a little history. 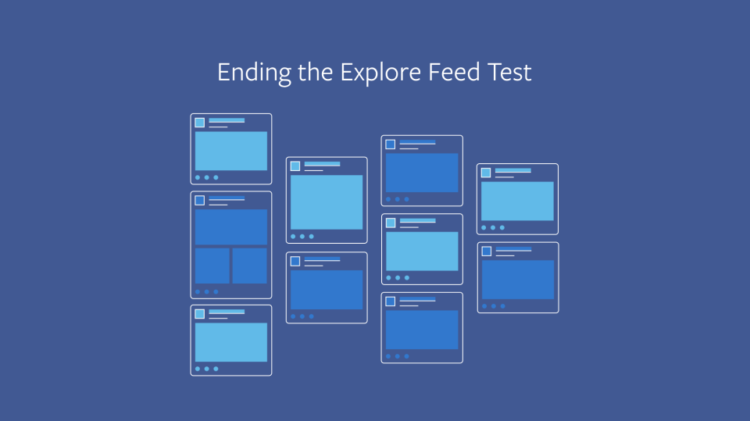 It was an interesting solution to the fake-news criticism the website received over the past two years. Facebook’s theory was that Explore Feed would help people see more content from people they know, but survey responses showed people disagreed. Furthermore, according to Facebook’s Head of News Feed Adam Mosseri, the company’s recent algorithmic changes do a better job of “addressing feedback” by “prioritizing meaningful social interactions.”

Well, it shows that Facebook’s initial attempt to reduce the amount of branded content people see missed the mark. However, it also serves as a reminder to people that Facebook marketing will continue to shift over the next year, and company pages may no longer be as effective. Instead, it’s arguably better to create content that people organically want to share. (Be sure to include a Facebook icon so they can easily post your content to their pages!)

Speaking of social sharing, the people over at Buzzsumo (a Brafton favorite) recently released their 2018 Content Trends Report. The details aren’t too surprising but should serve as a call to action, encouraging marketers to revise their social media content strategies. Two of the more noteworthy insights include:

Facebook’s changes hit clickbait headlines hard. As we just noted, Facebook is desperate to combat the fake news stigma that’s put the company in a bad public standing. Part of this strategy involved the cancelled Explore Feed but another was to drop the appearance of posts with clickbait headlines. These are defined as titles that use sensational language or purposefully withhold information to encourage clicks.

It worked; according to Buzzsumo, posts with clickbait headlines used to routinely gain more than a million engagements. Now, they barely break 200,000. This means marketers need to take a good look at their headlines to make sure they won’t be targeted by the new Facebook algorithm.

Original content is king. Competition and saturation are the two major reasons many businesses are seeing fewer social shares. There are too many competitors out there saying the same things, so readers aren’t discovering anything new. That said, a handful of publishers like The Economist and the Harvard Business review have seen their shares skyrocket.

What do these websites have in common? As Buzzsumo pointed out, they have a reputation for original, authoritative content. In short, they’re thought leaders – and you’ll want to be one, too, if you want to win the content wars.

Have a look at the full report!

Getting Ready for Google’s Mobile-First Index

Here’s a pet peeve: I absolutely cannot stand websites that aren’t easily read on mobile devices. If I have to scroll sideways or zoom out to read your content on my phone, well, I’m opening up Instagram instead. This personal grievance is particularly frustrating given how frequently I surf the web on my phone and tablet.

I’m not the only one who prefers viewing the web on mobile rather than desktop. Mobile devices have been the dominant form of online traffic for the past few years.

Google knows this, which is why it’s going to index the mobile version of your website before the desktop version. If you’re not prepared, this could be disastrous for your SEO efforts.

Luckily, Search Engine Journal has your back. They helpfully break down the difference between mobile-responsive, mobile-friendly and separate mobile websites (TL;DR: Mobile-responsive is the one you want). If you plan to continue your organic search and inbound marketing strategies, it’s best to prepare your website for mobile-first indexing sooner rather than later.

Google’s Walled Garden: Are We Being Pushed out of Our own Digital Backyards?

I’m not going to lie: I’m a bit worried about Google’s impact on content. On the one hand, the search engine is one of the best ways to promote content and find inbound leads. On the other, it encourages marketers to create similar pieces. What’s more, a Google-favored piece of content can actually prevent clickthroughs to your website.

Moz breaks this idea down in a very detailed post filled with examples. To summarize, Google’s ever-evolving layout does all it can to answer consumer queries on the search engine results page, often negating the need for viewers to click to your site.

While the exact implications of this remain to be seen, Moz writer Dr. Peter Meyers noted that content and targeted advertising are responsible for Google’s success, and this shift seems to be breaking an unwritten pact between the search engine and businesses.

“Google’s garden was built on our collective property, and it does feel like we’re slowly being herded out of our own backyards.”

Our take? There’s no easy answer here, but businesses shouldn’t abandon their SEO strategies just because Google may not prioritize the best interests of various companies. Like it or not, Google is still one of the best ways to reach new audiences and generate inbound leads. If its new layouts start harming businesses, well, we’ll all cross that bridge when we come to it.

Now it’s your turn! What noteworthy content marketing news have you read over the past week?