Podcasts are not new, but the ways in which they’re being used are. For years, podcasts were dismissed by the masses, viewed as a medium that only appealed to a very niche market. The market is shifting however and as we’ve reported in the past, podcasting is on the rise. The percentage of Americans that have listened to a podcast in the last month has almost doubled from 9 to 21 percent since 2008.

The idea of podcasting being for a narrow market was largely perpetuated by the format in which many were produced. Early podcasters would treat their shows essentially like a radio talk show – and for some, that still holds true.

Those aren’t the podcasts that I’ll be reviewing here. The ones that have caught my attention step away from the banal format and have a done something innovative to grab and hold my attention. This isn’t a list of marketing podcasts to listen to. This isn’t a how-to guide with advice on ways you can get started podcasting in 2017.

This is an analysis of the differentiating factors that take a podcast from good to great with examples of each. The podcasts that I selected to highlight were chosen because they demonstrated at least one of the following three factors: unique format, interesting subjects and most importantly strong and engaging storytelling. While there might not be a how-to guide for podcasting added to this blog post, I have contextualized what these shows do right into insights for marketers to use in their own content production.

“Any time you break from a recognizable format it makes people pay a little closer attention.” -Saul Colt

The Unthinkable podcast is a side project launched by creative marketer, Jay Acunzo. He describes the podcast as “stories about rejecting conventional thinking to be more creative in business.” This show holds true to its description in every manner. While he’s not the first podcaster to adopt this format, Acunzo does an expert job of interlacing his own commentary into the interviews he conducts with his guests. He does not rely on the aforementioned “radio talk show” style. but rather engages his listeners by developing a storyline with a clear arc that is both easy and entertaining to follow.

In addition to skilled storytelling, Acunzo offers listeners bite-sized episodes he has dubbed “slingshots,” which average about eight minutes. Don’t let the length fool you, however. These smaller podcasts still offer plenty of insight for listeners who don’t have a lot of time or attention span, which is all the more impressive considering the length constraints. We spoke with podcast aficionado and self described “smartest man in the world”, Saul Colt, to get his perspective on what Acunzo does.

“Any time you break from a recognizable format it makes people pay a little closer attention,” Colt said. “Unthinkable does this with their format and it works especially since their target audience is Creatives who are traditionally non linear thinkers.”

Marketers should look at the Unthinkable podcast as an example of the power of simplicity. Acunzo doesn’t overdo it with the bells and whistles. He’s not in your face with his messaging. He simply aims to provide value for his listeners in the most straightforward way possible. This allows his audience to walk away with a definitive takeaway, whether they have eight or forty-eight minutes, and thus keeps them coming back for more. The first thing that comes to my mind when I think of Lore is the use of music. The podcast focuses on telling urban legends that are associated with folklore traditions (think: killer fairies, haunted tunnels, evil mermaids). The show’s host, Aaron Mahnke, does an excellent job of overlaying hypnotic classical music that lends itself well to the stories that are being told, entrancing listeners and thus retaining their attention.

Out of all of the podcasts that I subscribe to, the tone of Lore stands out. Mahnke speaks in a soft voice which works well for the subject matter in which he is discussing, making it reminiscent of campfire stories which are impossible not to listen to as a child. This is something that marketers can take note of when producing any form of content really: to be as effective as possible, the voice/tone of your content needs to align with what your audience is coming to you for.

If Mahnke had chosen to speak in a bombastic manner rather than the hushed tones he did, I have no doubt that this podcast would have fallen flat.

3. In the Dark by APM Reports

In the Dark is a true crime podcast that conducts investigative journalism into a cold case from 1980s Minnesota. If done in the wrong way, the podcast easily could have been viewed as callous, as some true crime investigations have been in the past. In the Dark, however, shifts its focus from crime solving to investigating missteps that were taken by police during the investigation, and that’s what sets it apart.

By putting the investigation itself under the microscope, rather than hopping in the mystery mobile to find clues in search of a killer, this podcast is able to captivate its audience with the true crime topic while simultaneously educating them in terms of what could have been done better from an investigation standpoint.

Marketers should keep this in mind when producing educational content. There are ways to engage your audience and be viewed as a thought leader without using the trite topics that plague industry blogs. In the Dark chose to investigate police work, but marketers can easily take topics that are relevant to their audience and perform case studies or audits on the success to demonstrate expertise.

Special thanks to Saul Colt, who is the Founder and Creative Director at SAUL COLT – The Idea Integration Company. In his
career he has been named as one of the iMEDIA 25: Internet Marketing Leaders & Innovators as well as been called one of Canada’s best community builders/experiential marketers. 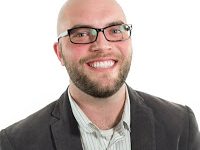