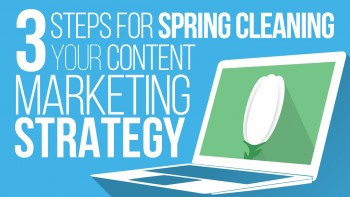 It may not feel like it, but spring has arrived – and with it, the need to do some organizing. We’re all familiar with the phrase “Spring Cleaning” as that time once a year when you finally decide to clean out your closet. But have you ever thought about how it might apply to your business? No, I’m not talking about a desk clean-up or finally throwing away those Christmas party snacks that are still in the office fridge. I’m talking about how it can apply to your content marketing strategy.

With Q1 of 2016 coming to a close, it’s time to assess the success of any new marketing initiatives you put into place at the beginning of the year, plus those you’ve been holding on to for too long. Here are our tips for deciding what content marketing plans should stay and which ones you should sweep away:

Revisit those Q1 goals and be blunt with your team. Did you hit them? Don’t sugar coat the answer or make excuses, either you did or you didn’t. I don’t care if the market was bad or if one too many snow days left you playing catch-up. Could you have done better? If the answer is yes, evaluate which components of your strategy ultimately failed.

Also known as: If it’s working, leave it be.  Maybe you decided to release a new whitepaper in early January and are just starting to see steady download requests come in. The three-month point is a good indicator of how well a piece of content is doing, but the six-month mark is even better. You might have heard of the six-month rule. This is the point when you’ll likely start to see sixth-month-old content finally gain traction. As long as you’re getting some hits at the three-month mark, you’re doing OK. But giving it some additional time never hurt.

The more educated the risk is, the better. Another great thing about spring? It’s still early in the New Year, which means you still have time to try some other new things. While I’d highly urge you to take a close look at the ROI from any marketing initiatives you’ve had in place from the past 3+ months, don’t be afraid to throw something new into the mix too. An infographic? Video blogs? Think about where you’re hoping to be by the end of 2016 and what pieces of content you’re missing that could help you reach those goals.

What are you waiting for? Now’s the time, spring has sprung. Go get your clean on! 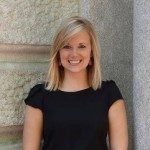 These 5 bad habits are making you a sh*tty digital marketer, and how to fix that

These 5 common digital marketing thinking traps are too easy to fall into. Here’s how to shift your attention to things that actually matter.