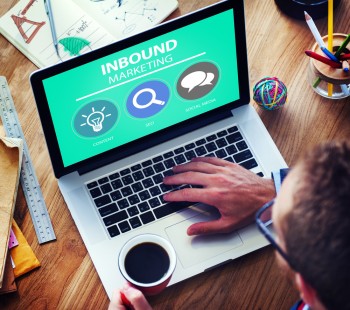 According to HubSpot’s latest annual State of Inbound report:

Both inbound and outbound marketers rank paid advertising as the #1 most overrated marketing tactic.

Paid advertising has its place, especially for larger businesses, but there are many cost-effective alternatives to paid ads. HubSpot reports that “three out of four marketers across the globe prioritize an inbound approach to marketing” over paid advertising efforts.

Have you managed campaigns that involved:

Chances are those marketing campaigns were:

Paid ads often involve large teams of strategists, and prices-per-click can even exceed the costs of a qualified organic lead.

PPC marketers often consider the wrong metrics when evaluating their campaigns. Many strategists focus on cost per lead, which can be misleading. It is a KPI for a campaign’s success, but it doesn’t solely define ads’ profitability.

Of the 4,000 brands that HubSpot surveyed: “inbound had a 75% likelihood of being the marketing approach of choice, while outbound had only a 25% chance.” Here’s a closer look at why inbound marketing – which calls for a robust creative team and rich, custom content – is often so much more appealing to businesses.

What can go wrong with paid advertising?

A lot can go wrong.

Ready to ditch PPC? Try these strategies instead

It’s never too late to re-allocate your budget from flat, under-performing online ads to an inbound content marketing strategy.

“More than six times as many business with 25 employees or fewer report inbound as their primary marketing approach, and twice as many businesses with 26-200 people do…” – State of Inbound 2015, HubSpot SEO will always be relevant. As long as there are people looking for answers to questions on the internet, SEO will exist as a way for brands to solve users’ problems before the competition does.

Let your audience do your marketing for you – for free. An engaging social media presence will help to recruit willing and loyal fans to share your marketing message for you.

Keeping your business’ local profiles updated and optimized is a cost-effective way to increase qualified web traffic, and actual foot traffic. You can read more about local optimization here.

“Approximately 32% of survey respondents whose companies identify as primarily outbound organizations called paid advertising the most overrated marketing tactic — the number one answer by a wide margin.” – State of Inbound 2015, HubSpot

Large companies are more likely than small businesses to embrace paid advertising. However, some are able to forego traditional paid marketing for a more efficient inbound approach. Take Starbucks for example. They are one of the top food and beverage chains in the world, thanks to clever marketing and inbound strategies.

Their advertising secret? They don’t have one, because they barely advertise. Every once in a while you might spot an ad from a partner promoting a Starbucks product (bottled drinks or bags of coffee, for example), but you likely won’t see ads for the stores.

Compare their advertising to other similar-sized fast food brands. You can’t go a mile on the highway or a minute on TV without seeing golden arches. This is partially because McDonald’s has to remind us that they exist more frequently than Starbucks, since there’s no apparent analogous Burger King or Wendy’s of the high-end coffee chain world for the latter to compete with.

But Starbucks also diverts their marketing budget to non-traditional avenues. When was the last time you saw a Starbucks commercial on TV? Even their online advertising presence is sparse. Can you even think of their slogan? Or their jingle? Instead of spending millions to create those assets and keep that information in your head, Starbucks spends their resources on:

Starbucks’ goal is not to attract new customers – at this point, that might not even be possible; everyone who drinks coffee knows about Starbucks – they have over 20,000 stores in more than 60 countries. Their goal is keeping their customers loyal. They devote their efforts to marketing their product – a chain coffee shop with similar comforts, culture and employees as independent cafes.

This is partially because they follow up with fan questions and posts quickly, respond to comments and post shareable content. Paying close to attention to fans and to their social media voice is why many of their posts have thousands, or tens of thousands of shares, as well as hundreds of thousands of likes and comments. They share elegant, fairly noncommercial content, and keep the posts infrequent, so not to appear spammy or overly promotional.

Whether you are an enterprise that sells 4 million coffees every day, or a small B2B tech business, paid advertising isn’t necessarily your best bet for quality marketing. Inbound marketing, through dynamic content and social media, allows brands in any space, and of any size, to customize their promotional strategies to efficiently boost sales, leads, conversions, qualified traffic and engagement.