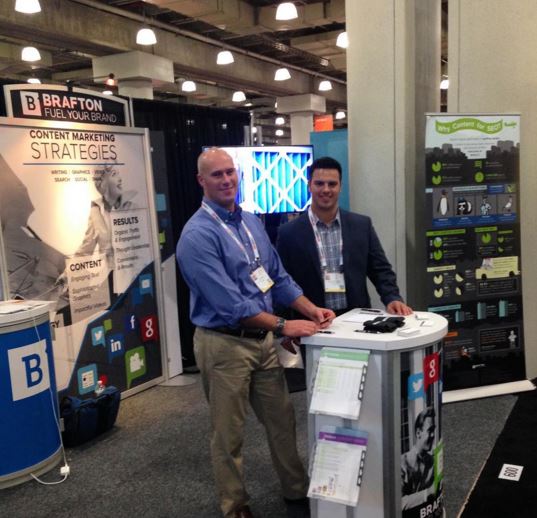 Brafton’s back from AdTech New York – armed with new marketing insights and lots of great connections.

Here are some of my favorite marketing tips from the conference, captured on Twitter. Let us know which sessions you enjoyed at AdTech in the comments below.

Don't wait & see what's working for other brands before trying it for yours. It may be over or dated when u finally try. Jump in! #adtechNY

Social influencer tip – Respect the creatives & give them a canvas to work on, virtual reality is the latest canvas – @afdhelaziz #adtechNY

Consumer insight: 91% of people turn to their phones for ideas in the middle of a task #adtechNY

Less content and more relevant is where it's going to need to be. I don't want to see 1000 reviews. -Salima Popatia, Estée Lauder #adtechny

Speaking millennial & gen z language is a slippery slope for brands. Be in on the joke, not THE joke. #onfleek #bae #adtechNY

"If you don't have great data, you can't be effective with the content you create." @rbradmatthews #adtechNY

.@NissanUSA and @criticalmass #adtechNY "we connected people+brand by creating a feeling that inspires action vs imperative for transaction"

Brands should stop thinking as individuals. It's not all about likes, comments & shares! #adtechNY

“A 6 second video can take 6 HOURS to make. Respect the craft.” – @rydoon on common misconceptions brands have about influencers #adtechNY

May not always be the new social platform that's the next big thing. Consider diffrnt, innovative ways to use existing platforms. #adtechNY

"it's about educating individuals, especially the younger demographic…give them other options" to get content legitimately @AMC_TV @adtech