Let me preempt you; no, it is not a stretch to tie content marketing to beer, nor is this article self-indulgent in any way [Editor’s note: OK, Jeff]. Allow me to explain how my passion for the suds transcends the dingy walls of San Francisco pubs and penetrates our digital world.

Beer and content marketing have lots in common, such as:

When used in excess, you’re going to pay

A little bit is good; I would dare say there is even a sweet spot of optimal bliss. But once you cross the point of no return, you’re in a world of hurt.

You’re likely to trip on your face, literally and figuratively, as your reputation goes flying out the window and into a quickly flooding drain on a gloomy Tuesday night. Nobody will trust anything you say, because you will literally say anything. Whether it’s incessant rambling at a bar or making noise on your blog, your boorish behavior will lead to your quick demise.

Remember when you put that craft brew in the fridge 14 months ago? No, you don’t – that’s the whole point. It was good at the time, but just like Katy Perry, that time has mercifully passed. And don’t you dare try to force it on your guests. It has now evolved into a terrifying science experiment, good for nothing but a passing nostalgic feeling.

Don’t serve it up just yet; you need to bring it back from the dead first. Throw that beer in some tomato juice and voila, Red Beer. Update your old piece of content that suggests link farming is a good idea.

Or maybe just throw it away. Like this revolutionary piece of insight:

Low quality is easy to spot

Coors may be the Banquet Beer, but it tastes like apple juice’s loser cousin. Just like bad content, people can sniff out that wretched swill before it gets in the front door.

A terrible beer’s brand label is the equivalent of a stock image, priming us for the upcoming assault on our sophisticated taste buds. The flat, milquetoast taste is the “7 tips for sharing on social media” snoozefest you call “linkbait.”

Get yourself a palate and stop consuming sub-par goods. 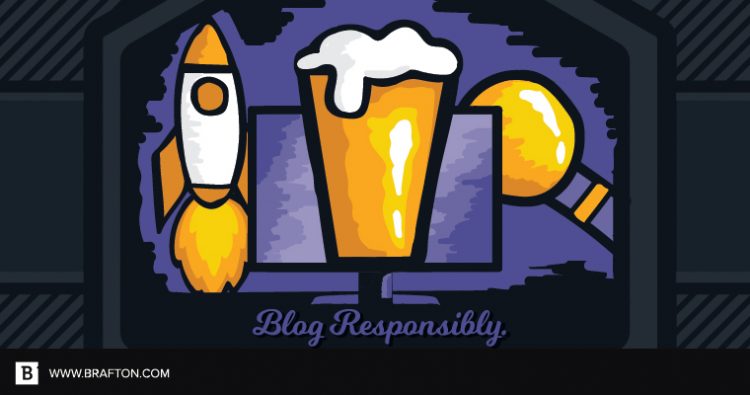 Look, I get it. Some people just don’t want it in their lives. But as legendary songwriter/bad vocalist Bob Dylan said, “The times they are a-changing.” Microbrews are popping up left and right because of one undeniable fact: beer is good. Eventually, everyone will come around.

Content is similarly true; as long as we use written word to communicate, we will need content to get a message across. That is, until we are able to mind read.

It takes a while to get right.

My first beer was described as “drinkable after the first two.” Not exactly high marks, even for a greenhorn. However, my point is confirmed that like everything else, it takes a considerable amount of time before you master a new skill, beermaking included.

Your content marketing plan will not start with a cleverly designed blog, optimized for readability while enticing conversions. It’s just not going to happen. This is a game of A/B testing until you get your blend right, then A/B testing again after the market plays musical chairs overnight.

Even the finest of craft beers are destined to remain undrunk if they are served in a filthy glass. It’s inaccessible, even to the staunchest of beer snobs. Service is the beer drinker’s UX.

We’re all familiar with the blog equivalent of a greasy beer glass. I’m talking advertisements in the top nav, bottom nav, sidebar, in your hair, in my hair. I’m talking 7-point font, walls of text and no beautiful visuals to be found for miles. Even Orwell wouldn’t be read in Web 1.0.

Would you drink a pumpkin spice porter on the lake in July? Of course not – you’re not an uncivilized animal! There is always a right place for the right type of beer; timing is as important as the variety being served.

Similarly, nobody wants to read about Christmas cards in the middle of April. Scan the seasons, read the mood and don’t serve porter in summer.

See? This wasn’t too far of a stretch, was it? Comparing your work to beer can make the job much more approachable, and I dare say, relatable. Try it sometime. Now go enjoy a nice brew and create some content.

Hiring a content marketing specialist? Here’s what you need to look for