This article has been updated in June 2017 to include newest LinkedIn update information.

This past year, Microsoft made a big splash by purchasing LinkedIn, and as a result, 2017 is shaping up to be an important year for the business-oriented social network.

LinkedIn is making a lot of big adjustments that will have tremendous effects on your marketing decisions.What are those new features and capabilities? Here are three of the biggest changes that are coming to LinkedIn in 2017:

LinkedIn has made major changes to the way that users see and use the platform. This video from LinkedIn highlights some the biggest aesthetic changes the platform has undergone, like revamped news feeds, profiles and company pages as well as new messaging tool that looks awfully similar to Facebook Messenger.

In terms of functionality, one of the biggest changes is the ability to search for posts beyond just Pulse articles. This stems from the fact that hashtags are back… again.

LinkedIn has had a complicated past with trying to figure if they want to use hashtags or not. At Brafton, we have historically advised against using hashtags since they didn’t serve any functional purpose and instead made it look like you were just recycling posts from Twitter.

However, we’ve changed our tune with the new update. The return of the hashtag now makes it possible to find status updates by people outside of your network, and in turn allows you to begin conversations with them. This opens up new forms of networking for the platform that can be valuable for sharing content with potential decision-makers.

TL;DR: LinkedIn is changing its look and posts are now searchable similar to how things work on Twitter (e.g. hashtags).

As of writing this blog post, only LinkedIn influencers, a demographic that consists of around 500 people compared to the over 400 million users worldwide, have the ability to post native video content, but LinkedIn plans to roll out the ability to post personal vision statements like in this video from LinkedIn CEO, Jeff Weiner: 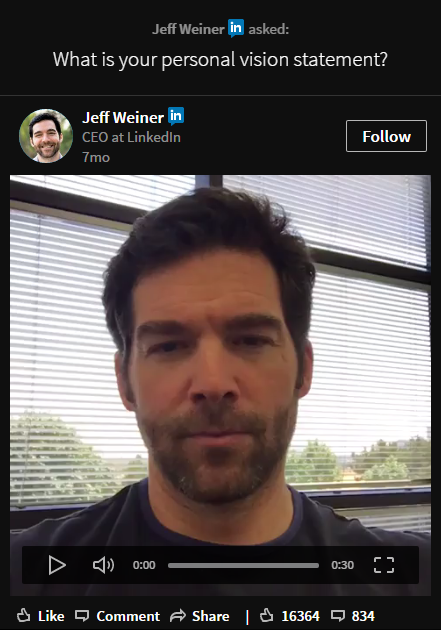 The value of video when it comes to content marketing is immense. If a picture says a 1,000 words, the value of 100 frames adds up quickly when conveying a message, especially when your audience is a professional, highly qualified group. Up to this point, you’ve had a limited arsenal of options to work with on LinkedIn, but adding native video content offers new ways to engage on the network to show your thought leadership.

TL;DR: Video is only available for influencers for now, but within the year, everyone will be able to show off their expertise through video.

Facebook is far and away the No. 1 social media network with the platform generating billions of dollars in revenue in 2016. The secret is that Facebook gets everything possible out of its network, providing a host of different targeting products and options for businesses, which in turn has allowed it to become highly successful in raising revenue. As someone who is on social media every day, it feels to me that Facebook rolls out something new to try on a seemingly weekly basis. Meanwhile, LinkedIn has relied on the same two self-serve ad options for years: sponsored updates and text ads. That’s it.

Until now. 2017 is a new year and with it, LinkedIn is revamping its advertising options for the benefit of businesses, which is why I argue this is the time to invest more heavily in LinkedIn for your content marketing and lead gen needs.

Consider Sponsored InMail. What used to be an option for only the highest-spending businesses has now become available to anyone and any business on the network. InMail is essentially LinkedIn’s email marketing solution that allows you to send direct messages to targeted personas.To prevent oversaturation, LinkedIn has capped the number of InMail messages an individual can receive to one sponsored message every 60 days – that’s one message at all, not one per brand.

This means that once a sponsored InMail message has been delivered, the recipient will not get another paid message for about two months. The benefit comes when your message is the one that reaches their inbox, it is only competing against direct messages from a user’s connections, increasing the likelihood that it is seen.

Our preliminary tests show that a $100 campaign on average is equal to 1,000 impressions. Considering the higher open rates that accompany these campaigns, InMail is a great way to stand out to your targeted audience and promote upcoming webinars or assets like eBooks and whitepapers.

TL;DR: You can send messages containing links to lead gen landing pages to LinkedIn users based on targeting, grabbing their attention more effectively than email.

Then there’s Lead Generation Ads. Many businesses are concerned with one thing at the end of the day: How many leads did we get? LinkedIn has heard this and has implemented Lead Generation Ads. What makes these ads different from sponsored updates or text ads is that when someone clicks on an ad, they will be able to enter their contact information directly into LinkedIn without being redirected to a landing page.

Lead Gen Ads reduce friction for form fills and ties ad spend directly to results. These ads are only shown on mobile devices, but LinkedIn has become an increasingly mobile-driven platform and we have seen results that are comparable to Facebook lead gen ads.

TL;DR: Users submit their contact info directly on LinkedIn without having to travel to a landing page, providing an effective way for businesses to generate leads.

And lastly, LinkedIn now will have email and website remarketing. At the end of 2016, LinkedIn added the ability to track conversions from ads by installing tracking codes on websites. Many people wondered if this meant remarketing would soon be available, and it has finally arrived.

Matched audiences is LinkedIn’s name for this added capability. Utilizing the insights tag, LinkedIn now has the ability to create audiences based on visitors who go to your website. Unfortunately this  ability to remarket is limited to only targeting visitors who have visited specific pages. It does not have the ability to remove visitors who have visited certain pages but not others, or look at things like time on site. This is a good first step to allow companies to target users that have had an interaction with them.

In addition, LinkedIn added an email remarketing option similar to Facebook’s offering, which means when you upload a list of contacts, those associated with a LinkedIn account will be available for targeting with ads. Tied with this is a bolstered ability to target based on a list of companies. LinkedIn has always had the ability to target based on business name, but it was a manual process and limited for many. You can now upload hundreds of thousands of business names and create matched audiences to target. For businesses that focus their efforts on account-based marketing, this gives them an additional tool to target specific prospects.
Between these new functions, you can use your marketing dollars to cultivate awareness among the people who have already encountered your brand and, in turn, you’ll be better able to translate warm leads into revenue.

TL;DR: Businesses can show ads to people on LinkedIn if they have visited their website or already provided their email address. It’s not yet as powerful as Facebook or Twitter, but this has been a long time coming for the platform. 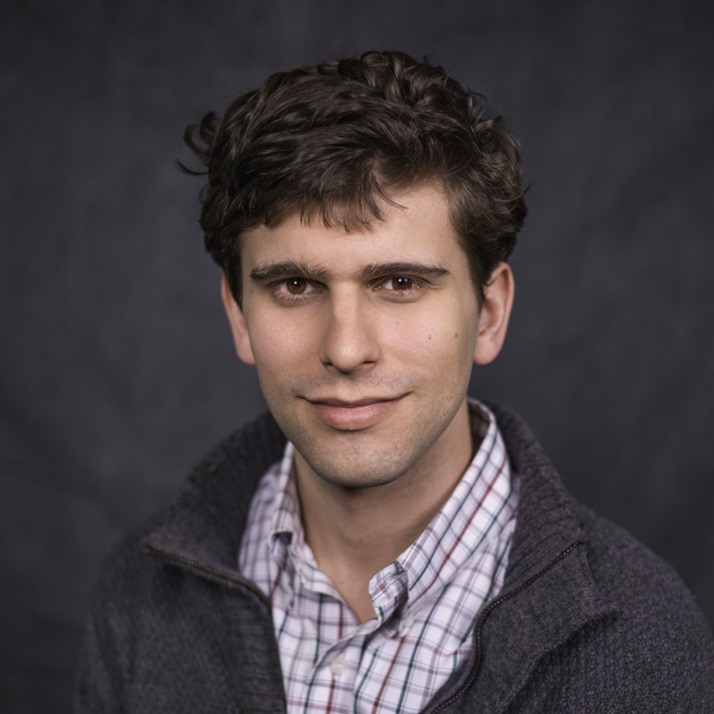 A Guide to Every 2022 Google SERP Feature (Infographic)

SERP features make it easier for users to get exactly what they need so they can take the next step as quickly as possible.