In recent years, social media has helped foster communication between people all over the world, but email has been doing it for decades.

In fact, a 2018 forecasting report by The Radicati Group found the number of email users around the world will reach 3.8 billion by the end of the year. To put things into perspective, this is 100 million more users than 2017. And by 2022, this number is expected to reach over 4.2 billion.

So, if you’re a marketer and you’re not using email for business purposes yet, what exactly are you waiting for? 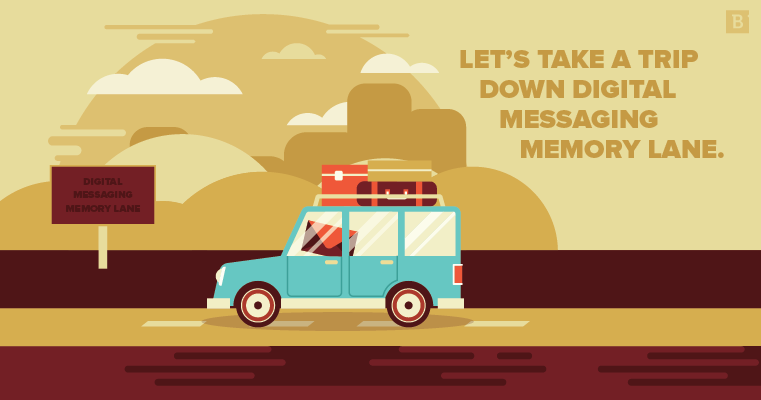 Sent by Ray Tomlinson, a computer programmer for MIT’s Arpanet (which was essentially the foundation of what we know today as the internet.) While he can’t remember exactly what his message said, he believes it was something along the lines of “Test 123” or perhaps the top row of letter keys, QWERTYUIOP. Do you think the recipient knew this was a code that needed to be cracked?

Not long after, Larry Roberts created an email management database. This system allowed people to list, select, forward and respond to messages.

Only a few years down the line, Gary Thuerk, a marketing manager at Digital Equipment Corporation, sent an email to nearly 400 users on Arpanet, advertising DEC machines. The result?

About $13 million in sales. Talk about a win.

This first email blast foreshadowed a bright future for the world of marketing, developing what is known today as one of the most efficient and important segments of internet marketing.

Before email, marketers relied on traditional mail for distributing advertisements in the form of flyers, catalogues and promotional letters. Thankfully, today you don’t have to head to your local FedEx and print out hundreds upon thousands of ads resulting in a costly, time-consuming and outdated job. Email marketing has transformed the way businesses reach their customers, turning what used to be a distribution headache into a swift click of a button.

But to really appreciate everything it has to offer, we need to dive deep into the history of email marketing and how it transformed into what it is today.

Sent by Ray Tomlinson, a computer programmer for MIT’s Arpanet (which was essentially the foundation of what we know today as the internet.) While he can’t remember exactly what his message said, he believes it was something along the lines of “Test 123” or perhaps the top row of letter keys, QWERTYUIOP. Do you think the recipient knew this was a code that needed to be cracked?

Not long after, Larry Roberts created an email management database. This system allowed people to list, select, forward and respond to messages.

Only a few years down the line, Gary Thuerk, a marketing manager at Digital Equipment Corporation, sent an email to nearly 400 users on Arpanet, advertising DEC machines. The result?

About $13 million in sales. Talk about a win.

This first email blast foreshadowed a bright future for the world of marketing, developing what is known today as one of the most efficient and important segments of internet marketing.

1982 – The term “electronic mail message” was shortened to “email”

Referring to digital postage as an “electronic mail message” didn’t exactly roll off the tongue. Life became easier when users began utilizing the term “email” instead. This was the same year the smiley  “:-)” was used. Can you imagine having to wait 10 years after the systems were created to learn how to express emotions over the computer? I bet the recipient reacted the same way we do today when we receive the lonely “K” via text from our grandparents.

Now, we’re not talking about spiced ham, here. But why do they have the same name? The email version actually it got its name from a Monty Python sketch, but I digress.

It was this year that the word “spam” was added to the Oxford English Dictionary and defined as junk mail. It was inspired by those who weren’t happy about receiving email blasts that sparked zero personal interest or relevance.

Lotus Notes 1.0, one of the first widely used email software services, was created and launched by Ray Ozzie and Mitch Kapor.

When I think about the first few emails I ever received, three words come to mind: “You’ve got mail!” – in that nostalgic voice, too.

With such an iconic phrase and sound, you’d think that AOL spent months developing the perfect audio, but that wasn’t the case at all.

Former AOL CEO Steve Case shared the story behind the sound in his book “The Third Wave: An Entrepreneur’s Vision of the Future,” and you’d be surprised to learn that it was just a customer-service rep’s husband, a voice-over actor, who recorded it the night of Case’s request:

“The next day, she brought the recordings to me. His voice couldn’t have been more perfect. It was disarmingly friendly, like the voice you’d expect from a stranger who offered to carry your grandmother’s groceries. The second I heard it, I knew we weren’t going to be auditioning anyone else. I instructed our engineers to add the voice files to the new version of our software.”

Can you think back to a time before the internet was a thing? I can’t, because 1991 was my birth year as well, so I sincerely couldn’t imagine a world without it. The introduction of the internet to the general public really changed everything about everyone’s daily lives, but it opened up so many new doors for marketers. Gone were the days of relying on snail mail to send catalogues to promote products and services. With email, marketers could experience a whole new – and simplistic – way to directly reach potential customers.

After the success of Lotus Notes, companies began to take notice of its popularity and decided to branch out and create their web-based email database. In 1998, Microsoft developed its Internet Mail, which would go on to be renamed Outlook. The same year, Hotmail launched free email services for the general public. Up until this time, private email was the only form of digital communication. Now, anyone with access to the internet could also create their own personal email address (which consisted of about 20 million American adults).

Do you remember plain text emails? You know, the ones that consisted of basic, typewriter text and nothing visually captivating? This was the only option up until the late 1990s when HTML emails came about.

The use of custom fonts, colors, graphics and formatting changed the way messages were perceived. Before, everyone knew what they were going to see as soon as they opened the message. With HTML, it became more of a surprise.

Not only has HTML allowed marketers to help develop company brand awareness, but it also enabled them to make calls to action more prominent and engaging.

The CAN-SPAM Act of 2003 was signed into law by President George W. Bush as the nation’s first standard for sending commercial email, requiring the reduction of unsolicited email efforts. According to Autopilot, it also required that all marketing emails include sender details and an unsubscribe link, allowing readers to opt-out of receiving messages they found to be annoying or spammy.

Did you know that mobile opens accounted for 46 percent of email reads in 2018? Webmail opens made up 38 percent, while 18 percent were desktop opens, according to Litmus. None of this would’ve been possible without the introduction of responsive email in 2009, which enabled marketers to optimize their emails for every user no matter what device they use to check their inbox.

According to Send Pulse, responsive email is the most effective way to improve email click-through rates, as 70 percent of people refuse to open or read and email if it doesn’t transfer well from a computer to their smartphone or tablet.

Today – Email marketing is EVERYTHING

Over the last decade, emails have become so much more than messages filled with general text. Now we pay attention to pre-header text, word placement, visual hierarchy, hero images, gifs and external linking options, all of which can take an email marketing campaign to the next level. In fact, research by Econsultancy found that 73 percent of marketers rate email as the No. 1 digital channel for ROI.

It’s safe to say that email has completely changed the way we communicate, and email marketing has made it easier for marketers to reach potential customers at scale. With the success that stemmed from smartphones and social media, future digital innovations will only help email marketing grow and become a more optimized, prominent option for advertising.

If one thing’s for sure, it’s that email marketing isn’t going anywhere. As a marketer, it’s your job to take advantage of it and look forward to what the future has in store. 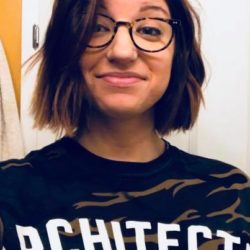 The best enterprise email marketing platforms of 2019, ranked and reviewed

We’ll help you determine which enterprise-grade email marketing tools are best for your organization.

It should come as no surprise that 2019 is going to swing email marketing campaigns in new and exciting directions.