Is there a more enigmatic figure in the history of Brafton than Alex Cox? This writer says no.

To clients, he’s a mysterious copywriter who’s somehow able to effortlessly crank out high volumes of incredible content covering some of the most complex concepts and industries around. To some members of the Chicago office, he’s a ninja-like co-worker who comes and goes like the wind – appearing and disappearing at will. (Did you ever play “Tenchu: Stealth Assassins” on the original PlayStation? Well, it’s like that. Except with copywriting.)

He’s a scary story we tell writers on tech accounts: “Knock this SD-WAN white paper out of the park, or we’ll get Alex Cox to come in and completely show you up.”

For over five years, Alex has been a rocksteady presence in Chicago – bar a year or two in the Big Apple, of course. From day one, Alex has been a prolific, talented writer who could crank out a day’s worth of copy before everyone else ate lunch. And his writing chops haven’t dipped a bit in the intervening years.

A native of the Bluegrass State, Alex can speak at length about the intricacies of bourbon, sour mash or Kentucky hoops. Heck, you’d be hard-pressed to find a subject that Alex wasn’t incredibly knowledgeable about. The man is a walking, talking encyclopedia, which may be why he’s such a great tech writer.

Long before joining Brafton’s ranks, Alex was just another high school senior considering his collegiate options. He was pretty much signed, sealed and delivered for the University of Kentucky, but – and John Calipari would probably appreciate this – a late appeal from Brown University swayed Alex away from his home state’s flagship school. When the Ivy League comes calling, you don’t turn down that kind of opportunity. 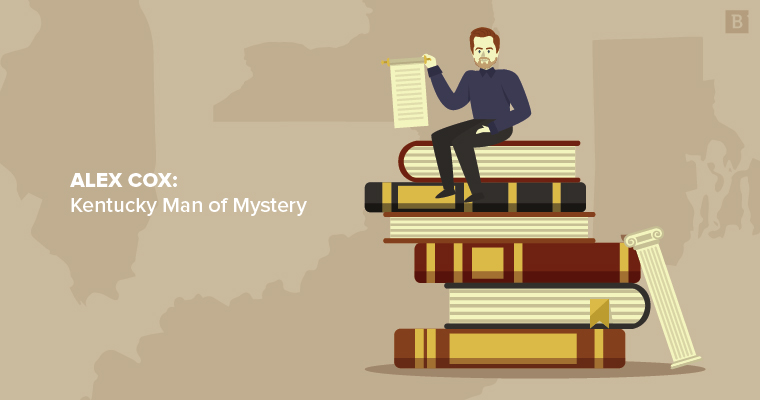 At Brown, Alex pursued his passion for writing, literature and, as it turns out, long-dead languages. He had always been interested in Ancient Greece and Roman history, and college gave him the opportunity to delve deeper into antiquity. He wrote his undergrad thesis on Plato’s dialogues and learned to read both Latin and a form of ancient Greek (the kind Aristotle would use, not so much Homer). Fun fact: Alex actually became fluent in Greek before Latin. Kinda weird, right?

Alex would go on to complete a master’s program in Classics at the University of Chicago, which brought him back to the Midwest. After completing his coursework, he lent his considerable writing talents to businesses as a freelancer. One of his former Greek professors also helped him land a position at a small software company, giving Alex his first – but certainly not his last – taste of the tech industry.

Then, in the summer of 2013, Alex came across a listing for a writing position at Brafton. It immediately caught his eye.

“There weren’t a lot of job openings for full-time writers at the time,” Alex says. “It seemed like a natural progression for me considering where I was career-wise.”

Unlike so many other tech writers who have graced Brafton’s hallways, Alex actually had experience in the industry. It was a no-brainer to place him with the rough-and-tumble Chicago Tech Team, where he quickly established himself as a writer of considerable talent.

This was a guy who could saunter into the office at 10 a.m. and have all of his work done before 4 p.m. And keep in mind, this was back when Google’s algorithms valued quantity about as much as they did quality. Through it all, Alex’s writing was uncommonly good – unassailable, even. He consistently impressed clients with his seemingly effortless ability to discuss complex topics like industrial Ethernet, SD-WAN and data center infrastructure as if he had a career’s worth of experience to back it up.

[Since 2013, Alex has] consistently impressed clients with his seemingly effortless ability to discuss complex topics like industrial Ethernet, SD-WAN and data center infrastructure as if he had a career’s worth of experience to back it up.

Alex quickly moved up to the role of Senior Writer and then Head Writer. Through it all, Alex wrote for some of the most challenging accounts Brafton has managed, either because of the intensely difficult subject matter, discerning and critical IT audience or demanding and meticulous contacts.

“The job can be tough, but there’s always an opportunity to learn something new, whether it’s getting into the nitty-gritty details of a topic I’m already familiar with or an entirely new subject altogether,” Alex says.

There and back again: A writer’s tale

Alex’s Chicago tenure has not been without some shakeups along the way. A couple of years ago, he was forced to relocate to New York City. But thankfully for all of us at Brafton, Alex opted to stay on as a remote employee. The shift to telecommuting didn’t affect his output one bit – he continued to crank out high-quality content at a fast clip.

After a year or so, Alex had the opportunity to come back to the Windy City and rejoin his Chicago co-workers. He traded in his studio apartment for a classic Chicago bungalow and now balances his time between working from home and gracing the office with his presence.

“The job can be tough, but there’s always an opportunity to learn something new, whether it’s getting into the nitty-gritty details of a topic I’m already familiar with or an entirely new subject altogether.”

The flexible work schedule is a major perk, to be sure, but Alex also loves the variety of subjects he’s able to write on, as well as the opportunity to hit the road and meet clients face to face.

“With freelancing, I was always writing about the same couple of topics, but now there’s always something new to learn and discuss. That’s really refreshing.”

Alex has a number of different outlets outside of Brafton to flex his creative muscles. He does some writing, of course, even maintaining a personal blog for a while. But he also paints and carries on his passion for the classics by working on Ancient Greek translations with some of his former cohorts from academia.

Even when he’s working remotely, it’s hard to imagine the Chicago office without its brainiest employee. Here’s hoping Alex continues to call Brafton home for years to come.