These days, almost anyone can be a writer. All it takes is a WordPress account and a pulse.

But if you want to write for enterprise and mid-market clients at Brafton, you need impeccable grammar, creativity, the ability to synthesize complex information, plus organizational skills that rival Martha Stewart’s. Equally critical to success is a strong understanding of the ever-shifting digital marketing landscape and how written content plays a part in achieving commercial goals.

Just ask Senior Writer Mike Manahan, who’s known around the office for his cardigans, his breezy sense of humor and his ability to conquer any challenge that comes his way, like a gallant knight wielding a paper copy of the AP Stylebook in lieu of a lance and sword. 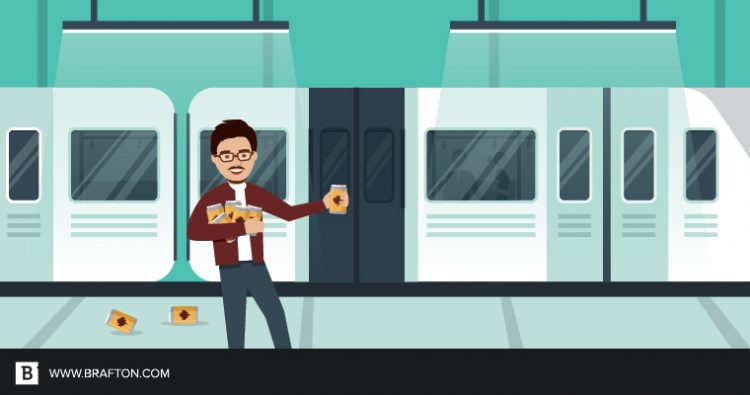 The industry and technology writer, who recently completed his ALM in journalism at Harvard Extension School, has a strong opinion on what constitutes great content.

“If you read a blog post by a company and it’s a lot of jargon, a lot of B.S., it comes off as fake,” Mike said. “Successful content matches the conversations that people are having. It’s content that sounds like it was written by a person rather than a robot – or worse, a marketing director.

My clients will say, ‘What we do is so boring! I don’t know how to make people want to read about this.’ Say you work in an industry that manufactures clay pots. That industry has its inside jokes, that industry has its particular struggles. You can choose to express those in your writing, or you can choose to write the same boring articles you see on any other website. You get the biggest impact when you inject humanity into your content.”

Here Mike talks about his journey as a writer and what he’s learned along the way:

When did you know you wanted to be a writer?

I took my first creative writing class in high school and that was the first time I ever had the freedom to write what I wanted to write. My friends and I pushed the limits – we wrote horror stories with lots of cursing. My teacher said, “That isn’t proper grammar, but yeah, it’s a story.” That was when I said, “I could do this for the rest of my life.”

What was your first professional writing gig?

I used to run a summer theater camp and we’d write plays based on what the kids wanted to do. I’d go to a buddy’s house, we’d crack open a couple of beers and write children’s plays. To this day I still can’t believe someone paid me $10 an hour to do that.”

Tell me about the most unusual client you’ve ever written for at Brafton.

The tape client. They made tape for everything except the things that are popular in tape right now. They didn’t make packaging tape, for example. And they didn’t make tape for wrapping gifts. However, they did make tape that seals ducts – official duct tape. And tape to fix airplanes, and automotive tape … They made a bajillion types of tape. There was just too much tape.

I wrote an article once about how your duct tape isn’t actual duct tape.

That’s hilarious. Any other unusual clients come to mind?

I wrote for a client that does mobile shelving. That’s a bit unusual, I guess.

How do you write about shelving without putting readers to sleep?

You love puns. What’s the first one that pops into your head?

Ask any of my clients about the blog posts I write for them and they’ll all say the same thing: They’re content. Get it? Content. Content.

For the shelf client, every article had a pun in the title. I got called out by my editor – “Stop putting all these puns in!” It’s such a low form of humor, but the client really liked them!

What is your proudest accomplishment since coming to Brafton?

With writing comes ego, and it’s really hard for some people to take criticism. I was one of those people. Through repetition I’ve learned to be more relaxed about it. Writing is a trade, like any other trade. You write a bad article, you make a bad chair, you throw it in the bin and start again.

I’m told a client once sent you maple syrup for Christmas.

That was the shelf client. He sent eight cans to the office. We had this sentimental moment around the holidays where he said he was glad I was a member of the team. I really appreciated it. Not many clients would take time out of their day to say something like that.

Carrying eight cans of maple syrup home on the train is not easy. I should have given him my home address.

What’s the worst piece of content you’ve ever written and what did you learn from it?

I had a client that did something that involved risk management and insurance. They wanted a blog post on employee engagement. I wrote this 200-word intro that was an elaborate joke about two people in an art museum criticising a painting of a duck on a unicycle. A day later the client got back to me. “What the heck is this? I don’t even understand it! Cut all of this out!” I learned that I probably shouldn’t start blog articles with a joke of my own creation.

It was just Mother’s Day weekend. Is there anything specific you said to your mom?

Mom, there isn’t enough space in a Brafton blog article to tell you how much I love you and how much you mean to me. If I got this question in the beginning I’d have said, let’s just make this whole article about how much I love my mom. 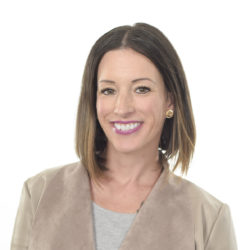