Happy Holidays! I can’t believe we’re wrapping up 2022 — it feels like it just started.
In this month’s edition of Hashtag Social Media, we’re taking a deep dive into the intersection of social media, the holiday season, and shopping.

In this month’s edition, you’ll find…

Online shopping contributed a 14% increase in holiday retail sales in 2021. According to Sprout Social, this increase correlated to a 13% increase in average messages received per month on social channels during the 2021 holiday season compared to the rest of the year.

“In November and December [of 2021], retailers sent 32% more Twitter messages per month compared to the non-holiday months. However, retailers’ outbound organic messages on Facebook and Instagram dropped slightly during holiday months, pointing to poor response rates that can impact customer care satisfaction—and ultimately the bottomline.”

Holiday retail sales are likely to increase between 4% and 6% in 2022, according to Deloitte’s annual holiday retail forecast. Overall, Deloitte’s retail and consumer products practice projects holiday sales will total $1.45 to $1.47 trillion during the November to January timeframe.

“This is the biggest single digital trend, (TikTok, Instagram, Facebook etc). 87% of Gen Z shoppers expect to be inspired by social media for holiday gifts. Retailers who expand their range of shopping channels will be winners.”

Creators are 4x more influential to consumers than celebrity posts and also ranked above social ads, according to LTK.

Almost half of consumers (48%) are likely to purchase a product directly from TikTok, according to Jungle Scout’s Q3 2022 Consumer Trends Report.

We all love a good meme, right? Right. But do they actually help increase web traffic?

Social Media Today (SMT) conducted a study on its own social channels to test whether posting memes increases engagement and click throughs to their articles.

The results? When comparing overall social media performance against the previous 3 months before SMT started posting memes, they saw a 12% increase in sessions from social, and a 16% increase in users.

Resident MemeLord and Senior Lead, Social Media, Ryan Pecinka, incorporates memes into his client’s social calendars on the regular. “Everyone loves to laugh, and when it comes to memes, that’s the main goal. Whether B2B or B2C, memes are a great tool to add some personality to your posts, break up the stream of promotion and ultimately drive more engagement.”

Catch up on the latest Brafton articles: 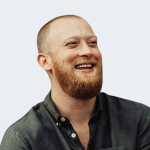 When To Post on TikTok (& Other TikTok FAQs Answered)

Learn when to post on Tiktok and other tips when it comes to creating content for this top social media platform.