You know those animal cave paintings? Like this one of a horse found in the Lascaux caves in the Dordogne region of France: 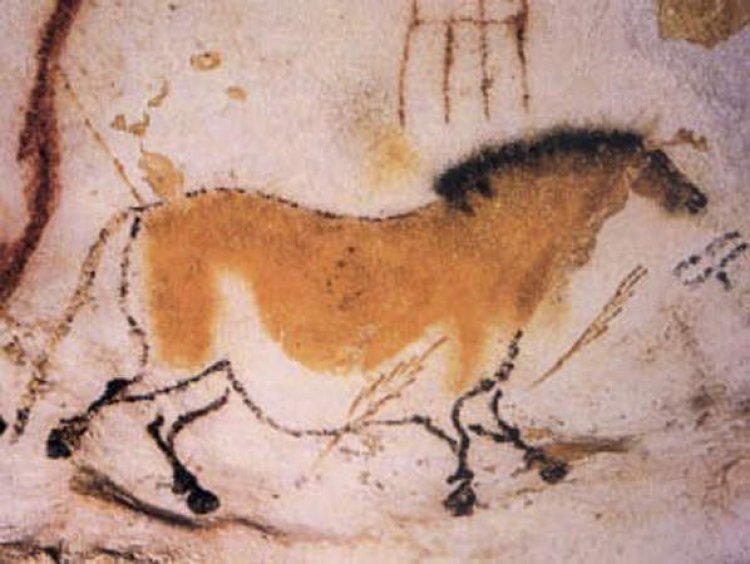 I bet if you ran really fast in front of these paintings, it would look like they were moving, almost like a video.

In the context of the history of video, maybe you can say this is the earliest form.

Ok, maybe not, but it is fun to think about.

Nowadays, almost everyone has the capability to capture video – right in the palms of their hands. But it wasn’t a quick – or easy – road from early video technology to the devices, tools and abilities of the present.

Below, we take a look at the history of video, and how each new invention helped create video as we know it today.

The (pretty distant) past

It is safe to assume the history of video started with the advent of the technology that could capture it. And while the earliest forms of video were made with regular ol’ cameras, it was the desire to see moving objects that led to the invention of the first forms of video technology.

Take, for example, Eadweard Muybridge. In 1878, he was tasked with finding out whether galloping horses actually have all of their feet off the ground at one time. So he set up a camera, got a horse to gallop, and clicked away.

While he found that, yes, horses do indeed have all of their hooves off the ground at one time, it wasn’t until he put the images into his new invention, called a zoopraxiscope, that the excitement really began. Below is a video of what is widely considered to be the first motion picture:

Over the next 30 years, there was an explosion of technology that made short motion pictures more possible and awe-inspiring, although they remained a novelty. This includes the rotating camera and the first film studio, both created in 1897, and the creation of the double exposure film process in 1898.

It wasn’t until the early 1900s, however, that motion pictures became more widespread. In 1900, continuity of action was introduced as a technique, as well as close-up shots. These processes, among others, allowed videomakers to produce lengthier films, which eventually gave way to the first feature-length, multi-reel film being introduced in 1906.

However, while audiences were eating up this new, entertaining technology, there were still two things missing: color and sound.

The first feature-length color film created in the United States appeared in 1917, but it would be another 10 years before viewers also got to enjoy sound with their films. Before that, oftentimes live orchestras would play accompanying music with each feature. But come 1927, there was no longer any need for that, as “talkie” films became the norm.

But back then, the cameras used to capture the infancy of video were bulky, hard to move and required a lot of manual labor, such as constantly needing to crank by hand. Out of this was born the handheld camera in the 1930s, which ushered in a new era.

Over the next 30 years, there was a sharp evolution in video. Film studios were increasingly created to capitalize on the popularity of motion pictures, and countries around the world sought ways to get in on the game. The birth of Hollywood is a prime example of this, and helped the U.S. establish itself as a leader in film.

It was also during this time that a new technology turned video on its head. Some started to think: How can we bring the magic of motion pictures into peoples’ homes? And voila, the television era had begun. When TVs were first introduced on the market, they were considered a luxury item, including in 1941 when the first-ever TV commercial was aired during a break in a baseball game between the Brooklyn Dodgers and the Philadelphia Phillies:

(I don’t know about you, but it sounds like Dunkin’ Donuts might have stolen their famous saying from Bulova.)

It was in the 1950s that TV sets become more affordable, and people opted to purchase them for in-home use.

In the 1960s, as both the movie and TV industries were booming, digital imaging made its way onto the scene. Clearer images and the ability to capture surroundings in low light made digital a favorite, but its high price meant that film remained the standard for the time being.

Moving forward into the 1980s, as more people began buying handheld video recorders for personal use, a significant battle emerged between two formats: Video Home System and Betamax. Released by Sony, Betamax was ultimately defeated due to its time limit – one Betamax tape could only hold one-hour of film time while VHS could hold two hours. 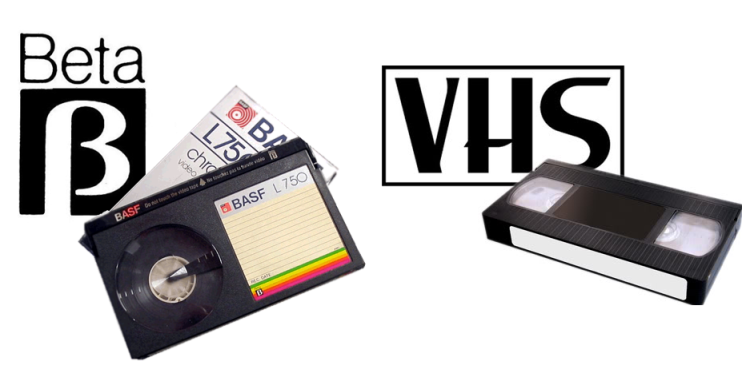 There were also advancements in editing technologies that helped pave the way for new and exciting videos, one of which was non-linear editing software. This meant that any part of a video could be accessed and easily edited, rather than having to go in the set order. It also meant that none of the original files were damaged or lost while editing.

If the previous decades were all about the format, techniques and enhancements, then video as we know it today is all about DSLR.

The digital single-lens reflex camera is the technology that has resulted in the explosion of high-definition video in recent years. These devices can shoot 24 frames per second with interchangeable lenses, all without taking up huge amounts of file sizes.

Of course, there has also been the significant rise of smartphones, and the cameras on these devices continue to improve with each new version of portable technology. People all over the world now have the ability to create clear, crisp videos right in the palms of their hands.

No longer is video a luxury and something only movie and TV studios can perfect.

It’s hard to say exactly what video has in store for us in the future. One exciting development on the horizon is virtual reality. VR has become more widespread with headsets that allow users to experience a variety of scenarios.

As technology continues to evolve, VR is poised to become a game changer for the industry.

If the future of video is anything like the fast-paced and exciting growth it’s had for over the past century, then we are in for a wild – and fun – ride.

How to conduct a comprehensive marketing audit (infographic)

A marketing audit encompasses every facet of your brand’s online and offline presence, from SEO to social media to physical branding. Taking the insights you learn from an audit can transform your business into a more efficient and targeted marketing machine.