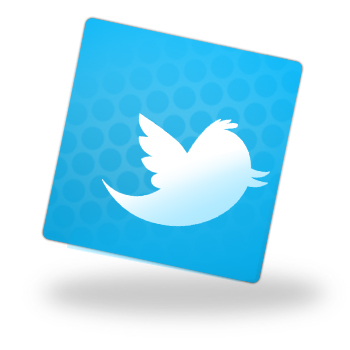 Twitter’s role as a social media marketing tool grows every day. The microblogging site continues to add users and help consumers connect with each other and brands they love. However, its continued popularity has not stymie innovation, as Twitter announced a redesign last week that made headlines across the web.

The company has spent most of 2012 focused on making its platform more visual and streamlining image sharing on the site. Last Tuesday’s adjustment added a larger spot for banner images on user and brand profiles. Much like Facebook’s cover photo, Pages now include spots for the larger visuals as well as the usual profile picture. Twitter CEO DIck Costolo announced the addition on the Today Show, using the profiles of the show’s hosts, as well as Today’s official Twitter account to highlight the changes.

Brafton reported that the changes will also be apparent on upcoming iterations of Twitter’s mobile site. Focusing on a more visual format across its various apps and sites is part of Twitter’s plan to make a more consistent product available to users, whether they’re accessing their accounts on handsets or laptops. Costolo said during the announcement of the new layout that the goal is to allow both users and brands on the site to convey their personalities more effectively. Brafton highlighted the report on Friday, suggesting that using hashtags, links to other site’s relevant content and Tweets with previews or snippets from upcoming brand content can position companies as true thought leaders in their industries. Connecting with prospects on Twitter is among the site’s greatest benefits, and companies that find interesting and valuable ways to engage followers are those that yield the most traffic and potential conversions from their presence.

In terms of engagement, social media marketing isn’t the only channel a business can pursue to drive interest. Video marketing has seen massive growthin 2012, and comScore’s most recent numbers show that the audience for web videos has reached an all-time high. More than 188 million users watched video online in August. These users viewed more than 47 billion pieces of content in the month.

Adding video to a content marketing strategy helps businesses appeal to different prospects who may not be sold by an informative white paper or timely news article. Brafton reported on Friday that video also offers organizations the chance to go viral, citing the case of a how-to video from Jezebel that became one of 2011’s top YouTube videos. The options for a video marketing strategy are as plentiful as the possibilities for written content.

News content marketing is an ideal fit for businesses looking to improve SEO and thought leadership on the site. Google announced a new feature on Wednesday that could help organizations using news content ensure their articles are appropriately indexed by Google. The “news_keyword” metatag can be added on the back end of a site to tell Googlebot that a piece of a content is a news article. On the Google News blog, Rudy Galfi, product manager for Google News, said that it’s still important for organizations to focus on high-quality reporting and news to drive clicks through search. However, ensuring their content is analyzed properly by Google will help achieve their goals.

“Keep in mind that this metatag will be one signal among many that our algorithms use to determine ranking. The news_keywords metatag is intended as a tool — but high-quality reporting and interesting news content remain the strongest ways to put your newsroom’s work in front of Google News users.” – Rudy Galfi, Product Manager, Google News

Brafton highlighted the report on Thursday, detailing the value of quality news content. As more consumers look to the web to educate themselves prior to making purchases, the presence of timely, industry-focused articles can help push shoppers toward conversion. Additionally, consistently adding news content helps satisfy the technical and user-focused sides of a strong SEO strategy – providing content people want to read, and adding strong pages to keep search crawlers returning.

Compete.com provided even more motivation for marketers to monitor their standing in search this week, reporting Bing has risen 4.2 percent in the search market in the last year. Google’s 65.7 percent of the market makes it the clear leader in the industry, and most SEO strategies are aimed at performance in the company’s search engine. However, Bing’s slow but steady growth could make it a focal point for organic search marketing campaigns soon.

Brafton compared Compete’s data to a comScore search market analysis unveiled earlier this month. Bing’s surge in market share was less pronounced in comScore’s numbers. However, comScore measured an all-time high in search activity on Bing in August. Even with the reports showing slightly different numbers, it’s clear that Bing has made itself a more prominent option for consumers using search.

One area of search that these reports do not factor into their figures is mobile search, which is helping certain industries drive more relevant traffic and sales. YP Insights released a report last week that found consumers fewer than two miles from a business are nearly 1.5 times more likely to convert after finding the business’ location in search than the average users.

As the third quarter of 2012 is approaching its close, the focus for many marketers will turn to a successful holiday shopping season and plans for 2013. While last week may not have seen massive changes to search algorithms or other ground-shaking web marketing developments, the moves from Twitter and different user activity reports show marketers where they may want to focus next quarter for a strong year close.