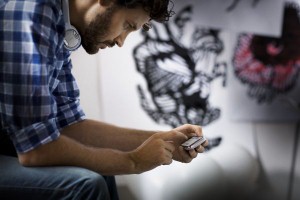 On its Mobile Ads Blog, Google reported that 41 percent of searches for commercials during the Super Bowl came from mobile devices. The figure demonstrates the growing popularity of smartphones and mobile video access, as users turned to their handsets to get a second look at TV ads during the game.

According to Google, searches for commercials that aired during the game increased substantially across several platforms. Desktop searches for the commercials increased 200 percent in the United States, tablet searches rose 970 percent and those from smartphones jumped 2,700 percent, Google said.

Among the most popular celebrity searches from smartphones and tablets were Madonna, Clint Eastwood, David Beckham and Adriana Lima.

In terms of companies, Acura, GoDaddy.com, Doritos and Bud Light made enough of an impression on viewers to warrant at least a second look at their commercials. GoDaddy’s controversial campaign, which featured NASCAR star Danica Patrick and fitness celebrity Jillian Michaels, offered an extended commercial on its website, as it does every year, to drive further engagement and traffic to its domain.

These results should be a cue marketers that mobile audiences are multitaskers who can be engaged while conducting other activities (and Brafton recently reported many search the web for product information as they shop.) Additionally, the report reveals the rising demand for video marketing as internet users across platforms are interested in watching web clips.

Google’s data also highlights the fact that SEO campaigns that leveraged the trending topics related to the Super Bowl saw a boost in the lead up to the game and days following. However, social media marketing campaigns were equally successful for the companies running the campaigns. Brafton reported on Monday that Bud Light and Acura included hashtags in their campaigns that quickly became trending topics.